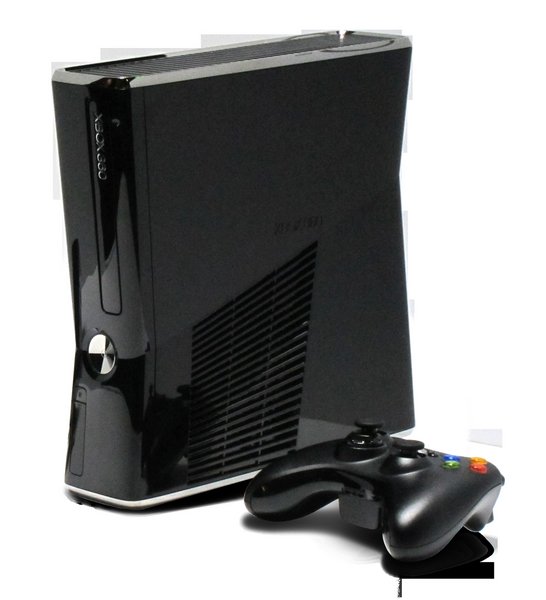 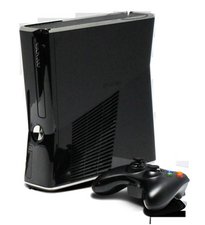 Before trying to troubleshoot your Xbox 360's problems, try resetting the console by turning it off and back on. Additionally, check the connections for the power and A/V cables to ensure that they are probably seated.

Check the USB ports in the front (2) and back (1) of the console. If the prongs of the USB port are bent and touching the case of the port the USB will short circuit and not allow the Xbox to power on.

If the power supply is fine, the problem may be the RF Module board. If it has been damaged, you will need to replace it.

If the you still have the same problem after checking the above, you may have a problem with your motherboard. It is a common problem for soldered joints on the motherboard to crack. If this is the case, it is possible to solder or re-flow the connections.

Discs that are extremely scratched will not be read by the console. Put a clean, unscratched disc in the the drive. If your Xbox 360 plays the disc without issue, then the scratched discs were the problem.

If the problem is not due to a scratched disc, then there might be dust on the lens of the optical drive that is keeping it from reading discs. Remove the optical drive from the console and thoroughly clean it.

If your Xbox 360 isn't saving your in-game data, your hard drive is most likely either full or damaged. Make sure the hard drive is connected properly, assure there is enough free space for the save, and then attempt to save again. If this does not work, you may need to replace the hard drive.

Determining the malfunctioning component of your Xbox 360 depends on how many red lights around the power button are flashing.

If the bottom right red light is flashing on your Xbox 360, then your console is experiencing a hardware error. The console will still power on, and should display an error code on the screen it is connected to. The code will begin with an E, followed by two digits. Some of the more common error codes can be found on this page, but more in-depth information can be found at Xbox-Experts' error code databse.

When the left two lights are flashing red on the console, a component is overheating. It is likely that the fan will be running very loudly. Shut the console off and let it cool down for a couple hours. To prevent this from happening in the future, make sure your Xbox 360 is in a well-venitlated area and out of the immediate proximity of any walls, heaters, or other appliances.

The "Red Ring of Death" has occurred when all but the top right corner of the light ring are flashing red. A general hardware malfunction has occurred, affecting one or more components. The error message is not displayed directly, since the console doesn't power on, but it is possible to obtain the secondary error code from the Xbox.

Most, if not all, three-light errors in Xbox 360 consoles are related to overheating. The most common issue is a cracked or cold solder joint underneath the GPU on the motherboard. A flaw in the design of the heat sink allows the motherboard to warp in the area around the chip, which causes the chip to lose contact with the board. There are various fixes for the RROD, which include replacing the high-stress x-clamp, reflowing the GPU's solder connection, and also replacing the heat sink in older models with Microsoft's updated Zephyr heat sink.

To keep your Xbox 360 from being affected by the RROD, keep it in a well-ventilated area and make sure the cooling vents are free from obstruction. If your Xbox begins to overheat, turn the power off and allow it to cool for at least an hour before continuing play. Alternatively, use an external fan to help circulate air across the device.

If the RROD is already plaguing your Xbox, and your console is no longer covered by Microsoft's warranty, there is hope yet. Even though the console will not turn on, you can obtain a secondary error code from it. After pinpointing the cause of your Xbox's RROD, you can take the necessary action to remove the problem. Red Ring errors caused by the CPU or GPU are normally fixed by installing our Red Ring of Death Fix Kit.

If all four red lights are flashing, then the Xbox 360 A/V cable is not connected. Reconnect the cable either to the console or the display you are using.

Some of the information below is taken from a collaborative effort by users on Xbox-Scene forums. The full thread contains more information on diagnosing and repairing error codes.

E64: DVD Drive Error - Drive timeout or incorrect firmware. There are multiple causes to this error, but the most common is frequent use of scratched discs.

E65: DVD Drive Error - Often due to a disc tray that is not completely closed.

E67: Hard Drive Error - Hard drive timed out during reset. Error is likely caused by a faulty hard drive. Remove the drive from the console, and attempt to login. If your Xbox 360 works without error when the hard drive is removed, then you can ascertain that the hard drive is bad.

E68: Voltage Error - Additional accessories are drawing too much power. Attempt to remove unnecessary accessories first, and then necessary components such as the hard drive and USB devices. Any modifications to the Xbox case can also cause this error. In some cases, this error has accompanied a hard drive that is not DMA configured.

E70: Hard Drive Error - Hard drive not found by console. Make sure your hard drive is properly seated and connected.

E71: Dashboard Error - Possibly a dashboard update error. Attempt to clear the dashboard by holding the sync button while booting the Xbox. Any failed updates should be cleared during booting. If this does not fix the error, then the console must be serviced by Microsoft.

E72: Dashboard Error - Error is usually caused by a loose pin connector or missing NAND chip. The common solution has been reflowing the Southbridge.

E74: I/O Hardware Error - Common cause of this error is a cold or cracked solder joint underneath the GPU. Reflowing the GPU usually fixes this error message. In some cases, the problem is alleviated by replacing the X-clamp and thermal paste on the GPU.

E76: Ethernet Error - Your Xbox 360 has a dead network chip. This can happen when the chip has seen a high surge in voltage. The network chip must be replaced.

E77: Ethernet Error - Similar to E76, this error is caused by a bad network chip. It might also be caused by a short between the heat sink and resistors, or by more serious problems with the RAM. Attempt to reflow the area around the network chip.

E78: Dashboard Error - ASICID check failed. There are no known fixes to this problem.

E79: Dashboard Error - Couldn't start xam.xex due to a hard drive malfunction. Attempt to start the console again without the hard drive in to verify that this is the problem.

E80: Dashboard Error - This error occurs when your Xbox 360 dashboard has been upgraded, but you are missing the resistor R3T6. The easiest way to fix this error is to downgrade to the old dashboard, solder the resistor, and then upgrade the Xbox.

A full list of known error codes and their causes is provided by Xbox-Experts on their website.

An Xbox 360 with three flashing red lights will not power on, so the error message must be obtained by an alternate method.

Power the console on so the three red lights are flashing. While holding the sync button on the front of the console, press and release the disc eject button. The lights will begin flashing in a different pattern. The number of flashing lights in this new pattern determines the first digit of the secondary error code, ranging from 0-3, with all four lights flashing indicating a 0. Continue to hold the sync button, and press and release the eject button three more times to obtain the second, third, and fourth digits of the secondary error code in the same method. Pressing the eject button a fifth time should return the flashing lights to the original Red Ring of Death pattern. You have now obtained your 4-digit secondary error code.

To determine which error message corresponds to your secondary error code, use the error code database provided by Xbox-Experts.

No light No power - The power supply isn't receiving power from the mains supply (not plugged into mains supply).

Green light Working and Xbox on - The power supply is receiving power from the mains supply and is operating correctly, with the Xbox on.

Orange light Standby - The power supply is receiving power from the mains supply, with the Xbox off.

Red light Power supply fault - The power supply is receiving power from the mains supply, but isn't supplying power to the Xbox. The possible courses are:

I think that happened to me before the console doesnt want to update. You have to download the update through google either put the update onto a flash drive or burn to disc. the console will update and you will be able to use internet

Hey! Overall great information, and thank you for it all. But I'm sit ting here with my xbox 360 jasper completely taken apart and can't find out what Is wrong. The disk drive WILL NOT STAY CLOSED. The eject button is working perfectly but the tray always comes back out. Just started doing it today... please help

my xbox 360 will turn off when it wants to, sometimes will not turn on, replaced the brick, will turn on when no one is using it. thought it was my wireless remotes causing it. no joy. was told it was probably the brick so i bought a new one didnt fix the problem, any suggestions?

my xbox 360 will turn off when it wants to, sometimes will not turn on, replaced the brick, will turn on when no one is using it. thought it was my wireless remotes causing it. no joy. was told it was probably the brick so i bought a new one didnt fix the problem,