Hello! My name is Olivia.

I am an aerospace engineering student at California Polytechnic State University in San Luis Obispo, CA. I also plan on minoring in astronomy. 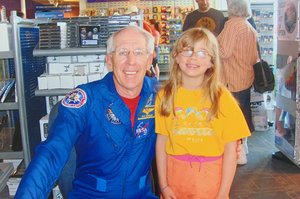 Ever since I can remember, I have wanted to be an astronaut. I even had an inflatable space shuttle over my crib! As such, I have spent much of my life dedicated to learning about space. Most of my childhood consisted of dressing up as an astronaut, building rockets, and acquiring documentaries and books about space. This passion has not died. I still enjoy building model rockets, as well as other things.

I built my first model rocket at the age of seven. Before then, I enjoyed doing science experiments. I once designed and conducted an experiment to determine if water could exist in a liquid state on the surface of Mars. I created a "Martian environment" using a vacuum-sealed bell jar and achieved the carbon dioxide level with a measured amount of dry ice. After hours of watching while monitoring the temperature and other atmospheric conditions, the small bit of ice I had placed in a Petri dish liquified. I ended up sending my results to a NASA representative.

More recently, I worked on a few team projects, and I built a model rocket that I launched using a soda bottle and an air compressor. One such project involved constructing a small rocket that would carry an egg that had to survive without a parachute. My team ended up getting 3rd place out of about 30 teams. The score was based on the mass of the rocket, the time in the air, and the state of the egg upon recovery. I've also constructed a remote control glider out of foam and balsa wood, with which my team competed. However, my current big project is for Cal Poly Space Systems. We are in the process of designing a hybrid engine rocket capable of reaching 30,000 feet. I am personally contributing to the redesign and construction of the ground computer, which controls all systems. 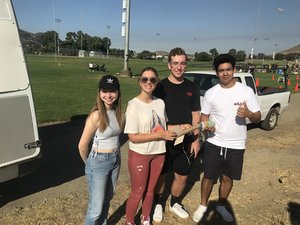 Apart from fixing things that went wrong with my projects and repairing minor automotive issues, I haven't had a lot of experience with repairs. However, I used to take apart computers in an attempt to learn more about them. As such, I am very excited to work on projects for iFixit because I am sure I will learn much more about small electronics.