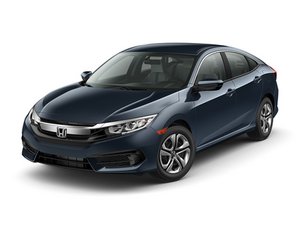 Repair guides and disassembly information for Honda Civic cars made between 2016 and 2020.

Honda was established as a leading producer of motorcycles during the 1950s and began production of automobiles in 1963. The Honda Civic is a line of cars first produced by Honda in 1972 as subcompact vehicles. The Civic gave Honda its first market success with a standard compact car. Civic has undergone ten generational changes, becoming more upscale and larger.

On the exterior, the tenth-generation Civic features LED daytime running lamps and C-shaped LED tail lights. The turbo version is distinguished by a different set of headlamps and a rear wing spoiler. The 2016-2020 Civic was available in a two-door couple, four-door sedan, and five-door hatchback body style. All Civic models are front-engine, front-wheel drive vehicles.