So the tablet i have was not on the choose your device section, it is the sasmsung galaxy tab a7 10.4 in i believe the model number is SM-T500. Anyway at one point i dropped it and form then on the tablet would only charge when the cable is pressed in at an angle. I have tried multiple charging cables on this device and others that i have so i know its not the cables. I opened the tablet and bought a new charging port, Im not sure if the 2nd one i bought was doa or what but it does not take a charge either. there are these 2 metal prong type things on the bottom of the charging port i dont know if those need to be touching the case for ground or what the deal is. I have ordered an additional charging port replacement but i was wondering if anyone has had similiar issues and what you found works. As far as i can tell this is the only issue with the tablet. 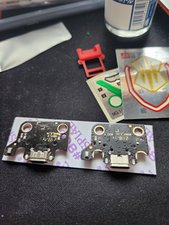 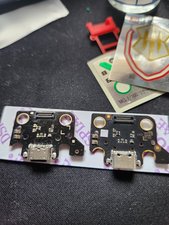 Left one is replacement, Right is from the tablet

If you can at least post the picture of the charging port you ordered for . Then a proper insight can be given on. If it’s actually the proper charging port or not

Post: Rispondi a "Apple watch stuck in a boot loop"

Alright, here's the situation: Couple days ago I've noticed that for some reason the apple watch wasn't connected to my phone which was weird but wasn't the first time it happened to me so I just turned it off. Ever since I tried turning it back on it's been stuck in a boot loop and I've tried everything with no success. Force restart, force restart while on charger, letting it run out of battery and then trying to force restart after it charges and nothing. I'm running out of ideas and have no idea what to do next. Bringing it to apple is not an option for me.

Post: Rispondi a "Sensor no longer picking up movement."

Sensor no longer picking up movement.

All other functions of the mouse work normally, it just will not pick up movement.

Thank you very much!

we have a Ferrari ride on. It starts but won’t drive. It has an orange light on the dashboard but we don’t know what this means, please could someone help?

Hi all, we had a power outage due to a vehicle accident 2 days ago, when the power comes back up, my fridge and washer did not power up. I already checked the breaker and the CFGI outlet. I even moved it to a different (working) outlet to check, just no power at all. I looked at the user manual for the fridge and nothing in there about power outage beside keep your door close to keep things cold.

Any advice on this is much appreciate it.

Can the data on this cracked SanDisk flash drive be recovered?

I have this SanDisk flash drive that has been cracked. I am wondering if there is any way to retrieve my data. I have found a couple videos that show recovery experts attempting to solder it where the wires may be broken or switch the nand and the connector chip. Has anyone ever had this performed on their SanDisk and if so, how likely is it to actually work? 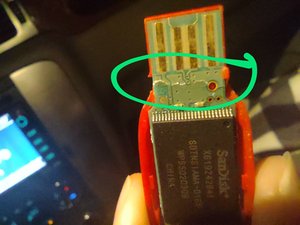 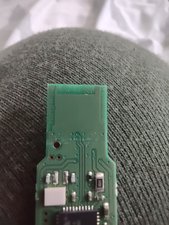 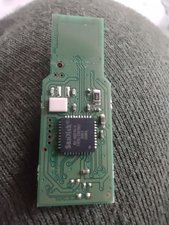 Post: Rispondi a "Why does my monitor turn off but my pc stays...

Why does my monitor turn off but my pc stays on?

My computer was fine for the first 6 months. However after a while it began having some issues, when doing any activities (gaming, school work, YouTube) it would randomly shut off, making a buzzing static noise through my headphones, however my pc would stay on, the only way of fixing the issue was forcing it to shut down by holding down the power button (which I know is bad) it would then turn back on and the monitor would turn blank, any input would disappear. I would have to hold the power button once again, the strange thing is after doing this sometimes my graphics drivers would be removed.

This was solved with a new PSU for me. Works perfectly fine now no issues anymore.

Commento: This was solved with a new PSU for me. Works...

Monitor turning off while you are actively working means that either your system is very confused on power management and told display to go to sleep, or GPU/PSU is having some problems.

You can just troubleshoot these components and fix it accordingly.

This was solved with a new PSU for me. Works perfectly fine now no issues anymore.