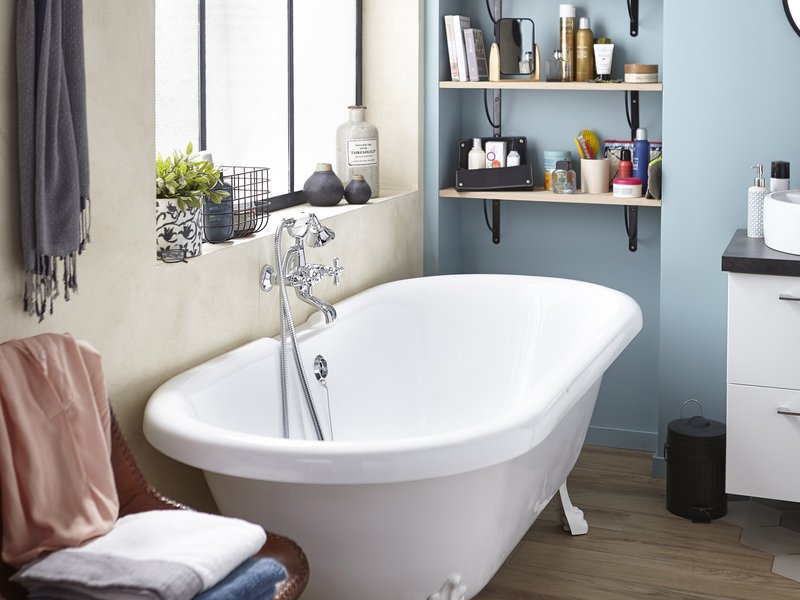 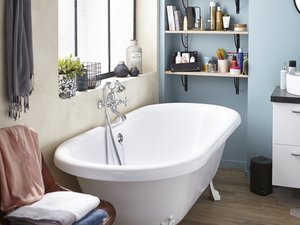 Water fixtures and their piping, as well as the myriad of components that keep them flowing.

Replacing a valve cartridge in the bathroom shower faucet

How To Install A Water Efficient Shower Head

How to Clean a PVC P-Trap

How to Clear a blocked, or clogged sink

How to Fix a Corroded Outdoor Water Spigot

How to Fix a Leaking Shower Head

How to Remove Calcium Buildup from a Shower Head

How to Remove Stains From a Porcelain Sink

How to Unclog a Drain Hose

How to Unclog a Shower Drain

How to Unclog a Shower Drain

How to Unclog a Sink

How to Unclog a Sink without Harsh Chemicals

Plumbing refers to a system that transports fluids for various purposes. Plumbing systems have applications in potable water delivery, waste removal, heating and cooling (HVAC), etc. In order to transport liquids without leakage and sometimes against the flow of gravity, plumbing systems use pipes, tanks, valves, pumps, and other plumbing fixtures.

While the exact origination of plumbing is difficult to pinpoint, it likely originated around 4000 BCE in Mesopotamia. Early plumbing systems were used to construct public baths, transport potable water, and remove wastewater. Early pipes were made of clay and asphalt. Copper began being used for pipes in Egypt around 2400 BCE. Other materials that have been used for pipes include bamboo, wood, stone, steel, plastic, and cast iron. In more modern times, lead pipes were commonly used until we realized the negative health effects of lead poisoning. Most supply pipes today are made of copper, steel, or plastic, with waste removal pipes being made of steel, copper, cast iron, or plastic.

Basically any household system that uses water (i.e. sinks, washing machines, showers, toilets, etc.) requires functioning plumbing. Many plumbing issues can be fixed by the average homeowner, but complex, undiagnosable, or high-stakes issues might be better directed toward professional plumbers.