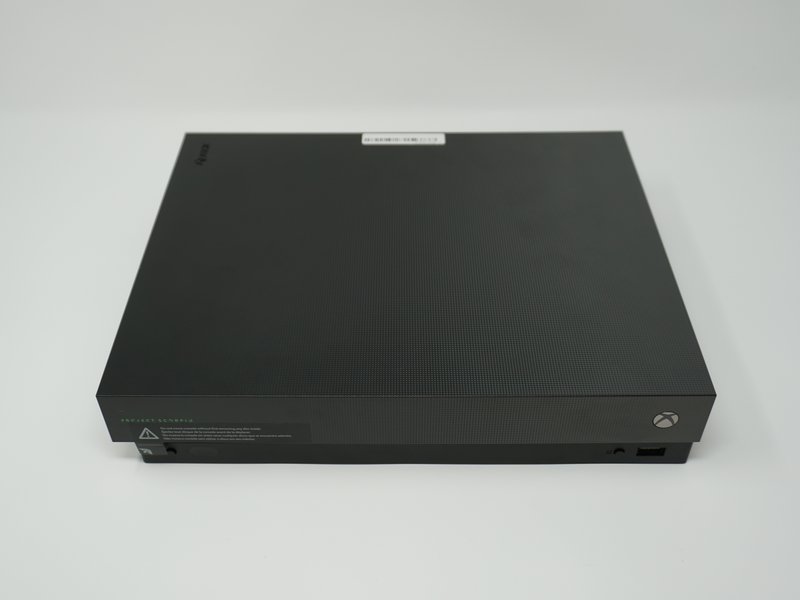 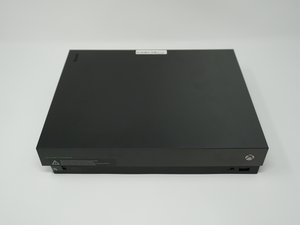 The Console Won't Turn On

When the power button is pressed, it does not light up green, and nothing appears on the connected display.

Console not plugged in correctly

If the console does not turn on, this can be an indication of a problem with the supply of power to the device, most often caused by a simple mistake of some sort.

One should check that the power supply cord is:

(Also, make sure that you didn't forget to pay your electrical bill)

Due to the nature of the power supply's (cord) built-in surge protector, if it experiences a power surge, it will temporarily stop delivering power to the console.

The power supply within the device could also be malfunctioning. Here is a guide for the replacement of the internal power supply.

If all above steps and actions have been followed in order, and the console still will not turn on then the console could have. Here is a guide to replacing the motherboard.

The Console Does Not Offer 4K Visuals

4K visuals are not applicable.

You might not have the HDMI cable attached to the right port on your television. This may be limited to only one 4K port, so connecting the Xbox to the wrong one will force the console into HD mode.

If you cannot identify which port is for 4K, read your TV’s manual. Plugging in the HDMI cable into the soundbar before your TV might not let the 4K pass through. You must plug it in directly to troubleshoot.

Game does not support 4K

The game you have installed or put into the console may not support 4K visuals. Especially games that were updated for the new system may still have their original formatting. Some developers may have even decreased the visual performance of their games in exchange for better framerate.

A “4K” logo should be apparent on the cover of the game if it is designed for 4K resolution. Otherwise, the game will render at its maximum resolution for the 4K television.

Game software is not up to date

Developers for some games are still releasing small patches of updates to enhance their graphics at their own pace. It is possible you have not yet received that update for your particular game:

Note: Some updates take up to 100GB of data storage or more, so be aware that this may take some time.

The Console Will Not Connect To Wi-fi

The device will not pick up the Wi-fi signal.

It is possible that the wifi network you are using is not working. Check other devices to see if they are also having connectivity issues. If issues exist, contact your provider for troubleshooting the issue.

Console will not connect

If the issue only exists on the console, try to reconnect to the network:

The user waits from minutes to hours for games to install, but there is no sign of progression.

The hard drive can run out of memory while attempting to download new games. To fix this, you can either delete old games or buy an external hard drive.

If you are trying to install the game from a disk, remove the disk from the console. After selecting the menu button on the controller, open up the manage section. Then, delete the files that have already been installed. Now, reset your console and start the installation process again.

If the game will not install, internet connectivity issues may be to blame. Check the above section, “The console will not connect to wifi” to see how to fix this issue.

The Console Turns Off Unexpectedly

In the middle of use, the entire console will shut itself off.

Console is too hot

If the device feels hot to the touch or is getting improper ventilation, follow these steps:

If the power supply is causing issues, try resetting it by following these steps:

Also, ensure that the wall outlet is working.

If the console continues to shut down when playing a specific game, try uninstalling the game:

To reinstall, go back to the “My Games & Apps” screen. Then, select the game from the “Ready to Install” section.

My Xbox one Scorpio Edition is not letting me download any games and no my storage is not full and also it stop the installation quite quickly and sometimes it starts on the error menu showing a code?