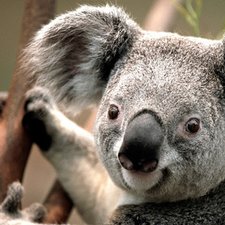 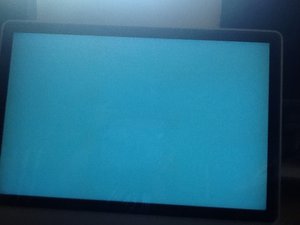 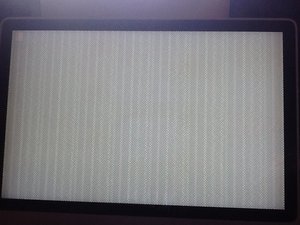 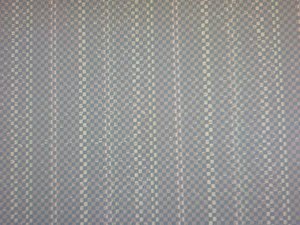 First hook it up to an external monitor. If you get the same thing you will know you have a bad GPU card. This can be replaced or reworked with a hot air work station with high expectations of a successful fix.

How would I "rework" the graphics card?

Hey @mayer , could you possibly bake it or use a blow dryer at the high heat setting?

Bake it? If you have something like a $3000 dental lab porcelain oven that has an exact temperature adjustment and know the melting temperature of the solder, yes. If you don't, definitely not!

With a hot air gun you can see exactly when the solder flows and know when to take the heat off to avoid melting all the solders on the board.

A hair dryer could possibly work if you can choke down the output to about the size of a quarter.

The link about gets you a cheap solution, you can use it and then resell it on eBay and maybe it costs you $10 plus shipping.

Hey @mayer I went ahead and used a old toaster oven (since there are toxic chemicals in the chip) and baked it at 385 degrees F for 8 min. and left it to cool for 15 min. I then put it into the iMac, reassembled it and voila it worked! After it siting in my office for about 2-3 years, I had finally brought it back from the dead. It was still on macOS 10.5.8 (aka Leopard), and I had the snow leopard disk so I installed that which gave me access to the Mac App Store to update to El Capitan. I have installed new versions of Pages, Numbers, and Keynote and Office 2016, everything works great!! I was thinking of replacing the current Airport Extreme card to a newer Broadcom chip with Bluetooth 4.0 LE capabilities and newer 802.11 Wi-Fi modes. This chip also enables Continuity, Handoff, Airdrop, etc. I wanted to ask for your opinion on which card I should get and if it's worth the time. Thank you for your time!

I was given an imac a1225 because the screen was messed up and the video card was “bad“. about a half inch apart it had distorted lines and was stuck at the macos recovery and would not restore even with a restore usb even though it recognized it and would start to install. I would have to move the box around to read the windows. but the odd thing was the half inch square distortion followed the cursor? I am not a MacOS user, but I do use windows and linux. after a few hours I started looking for video cards and then just to make sure I wasn’t wasting money on a video card that would not fix a computer problem, I installed Deepin Linux. https://www.deepin.org/en/ . Installed with no problem at all. The strange thing was when it was booting up for the first time it displayed a test pattern I have never see before installing that version on any other computer. after I logged in and updated, not long after a reboot, screen was perfectly fine.

So the reason I think people taking out the video card and putting it in the oven works is the video card gets removed from the computer and all power is removed. What happens when all power is removed is anything in memory dies. You might be saying, well my computer was unplugged for a while and I still had the problem. The thing is, even without power, there is still power. Normally in all computers there is a coin battery CR2023. That battery is used for the real time clock. So when you computer is without power, it keeps time and you won’t have a incorrect time or lose any other volatile memory. So, I think the test pattern Deepin feed to the video card occupied all memory flushing anything out that was causing the issue. like maybe a potential time bomb apple installed with an update for purposes of profit? They were already caught intentionally slowing older iphones down with ios updates to encourage you to upgrade, hence profit is born.

So my suggestion is this. If you are a mac user, and macos is you cup of tea, then find a video on opening up your imac. Very simple, and a brilliant way of designing it. In my opinion. basically, for the A1225 ( https://youtu.be/5YvPoMcSaFA ) , take a suction cup or strong tape and stick it to the screen and pull. Only magnets hold it in place. then remove the ram cover on the bottom, and the screws reviled with the screen cover off. Keep track as some are longer than others and you want to put them back where they go. then just lift the case cover off. You should see the coin battery and just remove it for a few hours to a day or two, but a few hours should be good. also, make sure your power cord is disconnected before you get started.

Another option is if you have a macos restore cd is to hook up a second monitor and install Deepin OS. Wipe the drive and do a clean install. Let it fix your computer for you and do them a favor an give it a go as it is likely the future. You can also run windows on it without mac os. I think it is option + R at boot. boot commands are here https://support.apple.com/en-us/HT204904 . From what I saw, and how the “bad” video card was fixed by my nice friends at Deepin, apple is up to no good and they figured it out. Even after it is fixed, if you reinstall macos again, it may happen all over again. Every time Deepin boots on that mac it flashes that test pattern. If I boot into windows, and then back into Deepin, Deepin will need a hard reboot and fix it again. likely apple gave it a present with a bios update. The Deepin Linux OS test pattern was like a miracle was performed. That issue has to be intentional. clearing the memory in the video card and continuing to run macos seams to work for others. maybe apple just wants you to visit their “Genius” bar so you can deposit some money in there account when the tell you an upgrade is cheaper than fixing your bad video card???

Yes, I do not trust anyone for a reason. I worked in engineering and manufacturing and have see just about everything. and i know the technology tricks and workarounds.

Sorry to destroy any trust you had in Apple. Better to know the truth. Now switch to Deepin Linux, or even Elementary OS Linux as it has the look and feel of MacOS. Deepin can make it like windows or macOs, the only thing is the windows buttons for close and min max or on the right like in windows.

If you try my suggestions and it works, please let everyone know and go here https://feedback.deepin.org/ and tell Deepin THANK YOU!!!

So now you have the new BlueOS running. <--- thats a funny -

Did this problem suddenly crop up ?

If you leave it sitting, how long does it take to get hot ?

Your hand on the lower-right corner, you should feel the graphics card slowly heat up in 10 minutes. Does it ?

I have three of these machines, ALL have over-heated video cards.

In the meantime, boot-up some friend's LINUX boot DVD. Any of the 64-bit flavors will work. Don't install it, just try it. That will tell you a lot about your problem.