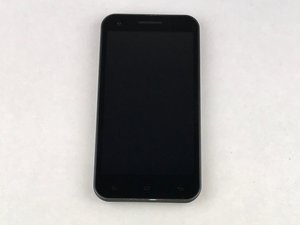 Boot loop even after flashed

So I have been getting a lot of boot loops lately. I have the Blu Studio that the customer says randomly started doing this, they had no idea. So I have tried the following:

Normally this would have fixed it. When the device turns on it shows the blu screen and then stays on a black screen for a second or two and restarts.

The computer does recognize the phone when it is plugged in and the the status light changes as well to charging. So the charging port must be good.

Not sure what else I should try...does anyone have any ideas.