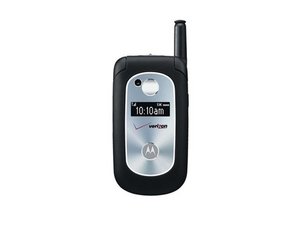 How do I fix a broken hinge spring?

I need to know how to repair a broken hinge spring. Phone works fine, but front display half of the phone kind of flops around.

First, make darn sure that you really need to replace the hinge cartridge. I say this because I went on eBay and did a Google search and found no vendors for the tiny return spring cartridge (June 2013). Second there is no way to repair the cartridge itself. It is a flimsy plastic ratchet affair about the size of a 22 short bullet which by design is not up to the job in the first place. So if you can't buy a new one or fix the old one best idea is to learn to live with it. I use an elastic band off fresh cut broccoli at the store. They are usually a wide band about 1_1/2 inches in diameter, which works to hold the phone closed quite nicely.

I wanted to get into the phone because I had a white screen issue today and my ear speaker quit working. I do a lot of metalwork and the phone attracts iron filings.

OK so you want to get at it anyway. Fine. As an addition to what has been stated before I want to add a few kernels of knowledge I got tearing my V325i phone apart. First is I wanted to take the phone apart to clean it so I needed to get the phone halves separated.

Once the back is empty. Proceed into the front half. After removing the screen and camera boards from the front half, but with the metal backing plate still dangling by its flat cable (V325i) I used the blade of my Swiss Army knife to pry between the outside and the inside of the right hinge joint viewed looking at the front of the phone in a closed position. The spring cartridge is held in a cavity above the camera and vibrate motor. The hinge cartridge contains a spring loaded lug which sticks out about 2 mm and which must be disengaged from the right hand section of the back of the phone.

Pry outward between the inner hinge and the right hand shoulder of the back to expose the lug, continuing to apply leverage until the lug has come out of the slot in the right shoulder.

Now assuming you have removed the keyboard etc from the back of the phone the flat cable will be disconnected and dangling out the back. Carefully work the flat cable over into the slot which you will see in the back of the frame. The plug will slip thru the slot in the back easily thus separating the two halves. Once the cable is free of the back of the phone, work it out thru the left hand hinge to get the steel back plate of the V325i completely loose. Be careful not to loose the tiny bushing which inserts into the inner left hand hinge opening.

Now that you have gotten the damaged one out perhaps you are lucky enough to have a new one. If so congratulations. If not, well it was something to do, right?

To assemble just shove the cartridge right back into the cavity and do whatever else needs doing to put it back together.

I found on reassembly that it was easier to put the front half containing the screen together first. Don’t forget the little bushing that fits inside the left hinge hole.

I think that the hinge knuckle is dead - search ebay for the part (V325i hinge)- there is only one seller - check their web page too - the part is cheaper when you order it directly.

I finally by trial and error carefully took apart my V325 phone and removed the bad hinge! The phone has only been used for 3 months! This hinge design is way to small and weak from the factory! In normal use, pushing the phone up to your ear without any great force will will bend and break the hinge and it's housing! It actually comes out pretty easy once you learn how! The hinge is located on the right side only as you look at the phone! It is removed by carefully prying on right joint after removing phone guts and pulling blade straight out! I now have bought a samsung rugby 2 which has a way "mo better" built hinge!!!

The information about changing or repairing a broken hindge spring on a v325 found here is totally nonexistant and missing! where can I get specific instructions??? thanks