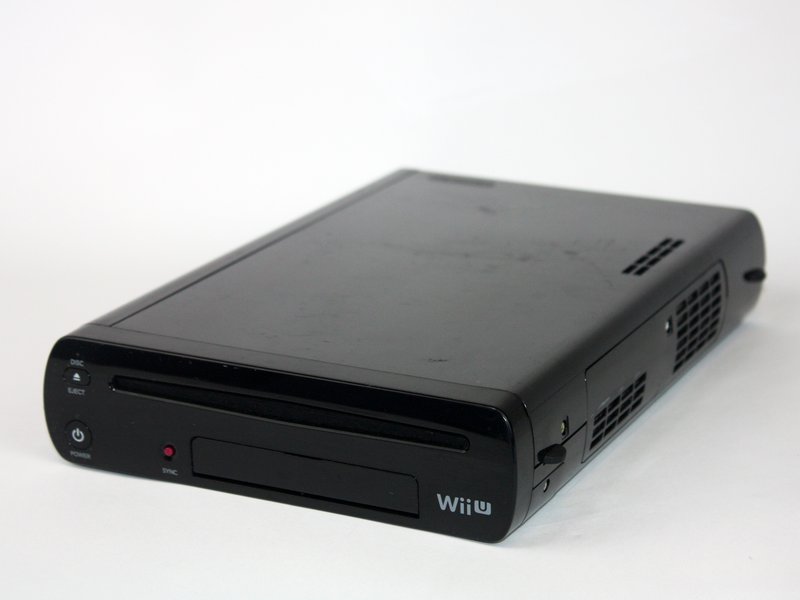 The Wii U is a video game console paired with a handheld device made by Nintendo that allows users to play games on the GamePad. Repairing the console is straightforward as the device is very modular.

For repair and support for the GamePad portion of the Wii U, consult the GamePad device page.

To diagnose problems your Wii U might be having, check out the Wii U troubleshooting page.

The Wii U is a Nintendo video game console released on November 18, 2012 in North America as a successor to the Nintendo Wii. Users access the console's functions with both a television display and the gamepad controller, which features buttons and a touchscreen. On top of the gameplay and game mechanic differences from the Wii, it also has a refined CPU and GPU to allow more storage and better graphics.

The Wii U console is only a few centimeters larger than the Wii, but has a GamePad as its primary controller. The Wii U has an HDMI output unlike the Wii and does not have inputs for the old GameCube controllers, it does however have the capability to use Wii controllers and run Wii games. Just like its predecessor, the Wii U also has online play, internet access, and entertainment services like Netflix and Hulu.

The Wii U comes in two models: The Basic Wii U model (white), and the Deluxe Wii U model (black). The basic model includes: console, Wii U GamePad controller, AC adapters for the console and controller, an HDMI cable, and an 8GB internal storage. The deluxe model comes with all that and also includes: a console stand, a GamePad stand and charging station, a copy of the Nintendo Land game, and a 32GB internal flash storage.

The components of the Wii U are as follows:

The components of the Wii U GamePad are as follows:

The Official Wii U Site