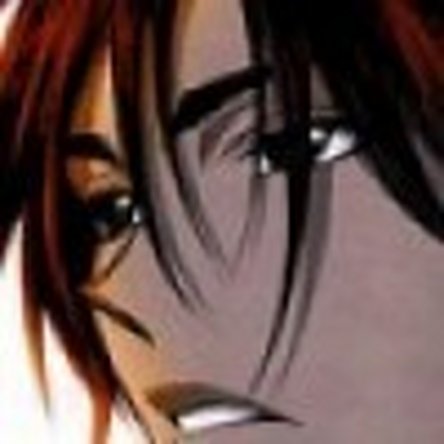 i am desperate for true help.

My iMac one day on boot presented a white screen with a folder with a question mark on it. After extensive test i four that probably is a HDD failure. I replaced the default Toshiba HDD with Seagate ST31000524AS 1TB, and i installed Lion on it. Everything was working great!...for 1 week. Let's cut into chase. Pathologic symptomatology started the day before yesterday (1st day), continued with quite a bit different form yesterday (2nd day) until today (3rd day).

In the morning iMac used to freeze when i was working with him. Also there where times (few) with screen distortions and times (about 10, starting from yesterday) when the beach loading ball was appearing.

On the afternoon i found my iMacs screen freezed. Nothing was happening. I tried to restart, but with no luck. Startup hangs on the Apple logo with the loading circle there. I also did the following:

1. I did reset the PRAM. iMac booted 10 minutes and freezed immediately, i could operate it at all.

2. Three more times i tried to reboot it stuck on the Apple logo.

3. I pulled out the RAMS and chime does sound (check for logic board failure i found on Google, but i do believe it is a graphics or logic board issue).

4. I did boot from Verbose mode and there is an error message coming up write from the start when system is loading drivers saying "failed to load AppleUSBblablabla.kext (i don't quite remember more from the name cause iMac rebooted and i didn't memorize it).

5. Perhaps iMac is hotter than before.

6. I tried to see iMac from Macbook Pro via firewire but with no luck (firewire logo was flashing on the screen of iMac though).

Today i went to an apple authorized technician.

I explained to him everything i tried. First thing he managed to do is to start the computer. White screen again..

Afterwards, he tried to start something like hardware test (edit: finally i learned that was the cooling diagnostics) but from the local network. It succeeded. 2 errors found: one red warning for the graphics card and one orange/ yellow for the HDD.

Last thing he did, he boot from an external hard drive. Black screen, appeared. Technician decided to do a hard reset, an when he pressed the power button, boom! The desktop appeared. Yeah, it is weird!

That moment i left the technician to do the rest. He telephoned me after 45 minutes. He proposed to replace the graphics card and afterwards the HDD. I explained to him that i dont think this is the best way to follow, cause ten days ago, as you read, i replaced the HDD already. So something else might be the problem that on second time triggers problems to the graphics card and to the HDD. He could not answer what is the cause of the these problems...

i managed to find apple service diagnostics and after many many unreasonable errors of disk utility i managed to put it on a usb.

I tried 2 times to run the EFI service diagnostics and i noticed that the iMac seemed to froze after 40 minutes, although the time was running. Then exactly i remembered the words of the technician. "probably it is the graphics card that cause the screen to froze, but the timer is running".

From my nature i am a perfectionist, and many times i believe that people dont give all of their efforts on resolving a problem of someone's else. So i decided to run the EFI one more time and just leave it...i went to play a bingo. I won 260 Euros. "the money for the replacement of the graphics card!..." i thought...

When i returned home after 2 hours the EFI test was almost complete!!! 2 errors found. Here are the pics:

So the first one says:

System turns on motor and verifies that the motor is on.

ERROR - Motor did not reach target speed in time

What draw my attention was the fact that the EFI service diagnostics UI, is different from the one that technician run...then i think i remembered a post on the apple service diagnostics thread, which referred to the fan control something...i got really suspicious. I immediately wrote an email to the technician asking him if what he did is to run the fan control check program....

So i think that he just checked the fans of the system? And this fan check showed problems on the graphics card fan(!?)...i was there when this operation took place, but i didnt know what was going on. So if it truly was a test of all iMac's fans, then how he concluded that there is a problem with the graphics card?Hmm....

I want to add that i tried to put my macbook pro on FW mode in order to chose it as startup disc from the iMac. If the OS would load fine then it would be a HDD problem. Unfortunately, the system seemed to hang up, but i have to admit that i could leave it a little bit longer in order to see what will happen at the end. But, i then thought, if everything expect the HDD was fine, then the iMac should start normally...

i put now my macbook pro in fw mode and on the second attempt i managed to boot. login and see the whole system from my iMac. Currently i am writing from my iMac which sees the Macbook Pro via FW. No screen distortions, no nothing...

so, what does this experiment tells to us?

Furthermore i did succeed to boot from a USB running Lion installer. When i went to disc utility and selected the internal HDD of iMac this message appeared:

"This drive has a hardware problem that can't be repaired. Backup as much of the data as possible and replace the disk. See an authorized Apple dealer for more information". Also there was a "SMART status: failing"

Could the HDD cause all the problems? It is a SEAGATE...maybe it is incompatible?

Here is an Apple error report from the first unsuccessful try to boot Lion from Macbook Pro on iMac via FW.

I run istat menu pro 3. The results are the following:

They seem normal to me after cross checking them with my cousin's iMac which is the same model as mine. I don't know what the 0s mean, but i rely on you guys!

I finally managed to run Hardware Test from the Leopard DVDs that came with my iMac.

Another vote for HDD failure i suppose...

I dont know why, but after the EFI srvice diagnostics, iMac is "stronger" and somehow better.

I run techtool pro 6 which said that the same thing as the disc utility: the HDD needs replacement.

I run then data rescue 3, same message: the HDD is dead.

Did anybody see the pics above? From the EFI service diagnostics emerge 2 errors. I think that one of them comes from HDD2 fan.

So...do,i have a combined problem? Graphics card and HDD.

About the graphics card: when i boot lion that sleeps insid macbook pro from iMac, i cannot see something that rings bells for a graphics card problem...maybe something inside causes the system to overheat?...i dont know...

Currently i am on my iMac using my Macbook Pro as start disc via Firewire. There is not something that make me say: i have a graphics card problem! Maybe the iMac gets too hot and caused the HDD to die and graphics card to slow down?

And moreover i dont know what to fix first...ideas?

I only read the first half of your question because I think I know the possible problem after the first two sentences.

This should be your machine:

Apple was just switching over to the proprietary Apple hard drives at this time that require specific Temperature sensor cables for each brand of hard drive. At least they did with the late 2009 machines. This may not be the problem at all but I think it's worth a shot for $8.50: http://cgi.ebay.com/IMAC-HARD-DRIVE-TEMP...

Please give us the last three figures of your serial number (located on the bottom of your stand) so we can be sure of which machine you have. I'm now looking at this machine:

If your machine is this one, my diagnosis is probably wrong. I'll go back and read it all the way through.

+ For saying you'd read it all the way through.

Mine is early 2008, this is what is written in "about this mac". Does this change anything on your answer?

So is it also a graphics card problem or not? I have almost every result test available for your reference.

Edit: the link correspond to sensor for the 27" model. I assume it is the same.

What about the graphics card? :S

@Taylor, dont you thing it is a rare complete post? I did whatever i could! Would you expect a noobish post "please my imac stoppedvworking, i dont know what to do?". In my humble opinion i believe that it is a very informative post.

Today i ll go to replace my HDD with a WD one. I let you know.

The HD i replaced the previous Seagate is a WD10EARX Caviar Green.

The EFI hardware test showed no errors. After the completion of the test, there was a very strong ghost image of the Hardware Test window...

Same errors found here: https://discussions.apple.com/thread/184..., some of them presenting the same symptomatology as my iMac. One of the guys managed to solved the problem through apple service which replaced the fan, and heat sensor. But which one?

and the result was: the volume appears to be OK (? confict results eh?)

I´ve read your post and I think I had mostly the same problem. After the last change of my HD (I've replaced two times before) I get the tip to install the app "Temperature Monitor". I've found that there is too hot inside mi iMac (24, emc 2134) with tempreatures in the Graphic Processor Diode about 86 ºC. I supposed the Graphic Processor have some kind of problem, so I'm studying the possibility to repalce it.

Are you still trying to repair your iMac? I'll be pleaced to intechange results.