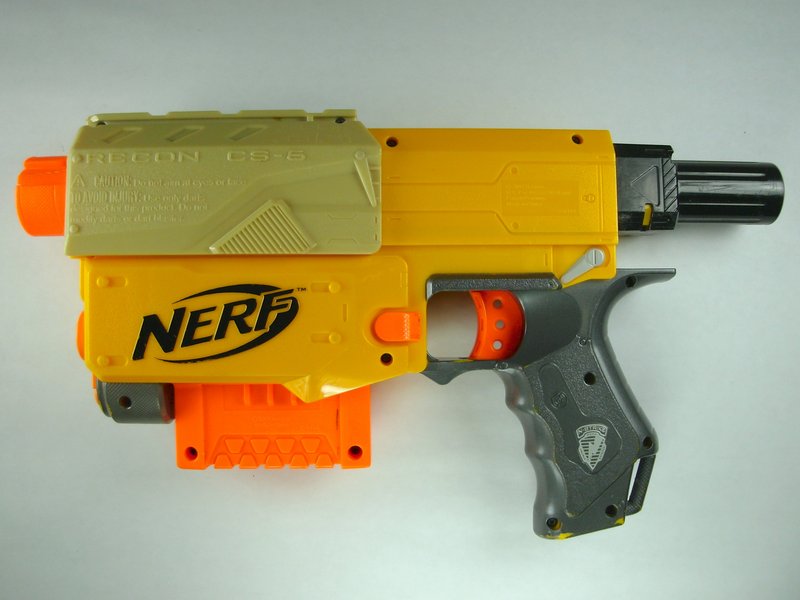 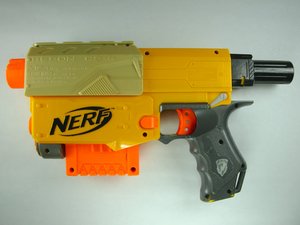 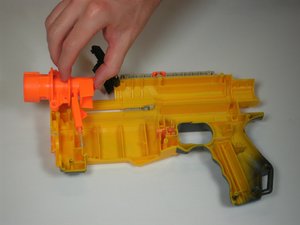 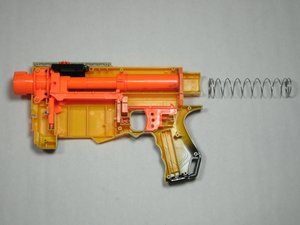 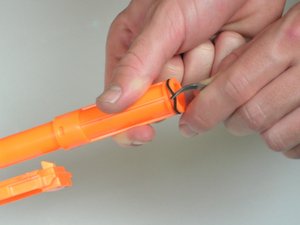 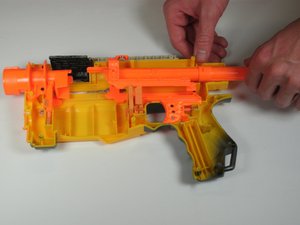 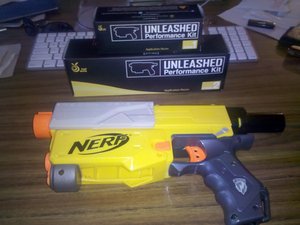 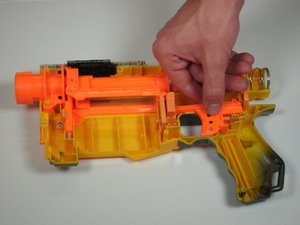 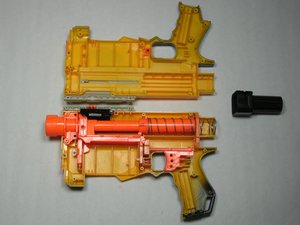 Troubleshooting tips can be found here.

The 2008 Nerf N-Strike Recon CS-6 is a customizable, manual, clip-fed dart blaster sold by Hasbro as a part of the N-Strike series.

The blaster uses streamline darts and is sold with four optional accessories. These optional parts attach to the gun for a custom experience, and include a shoulder stock with the capability to hold an extra clip, a barrel extension, a flip-up sight, and a light beam unit for the purpose of aiming.

The original Recon CS-6 was recalled in 2008. With the old design, it was possible for skin to be caught in the plunger and rip, especially on the hands of children. Nerf developed covers for the plungers and the guns were re-released to the public.

This gun has since been discontinued and Hasbro instead sells newer series. Its direct successor, the Retaliator, was released in 2012.