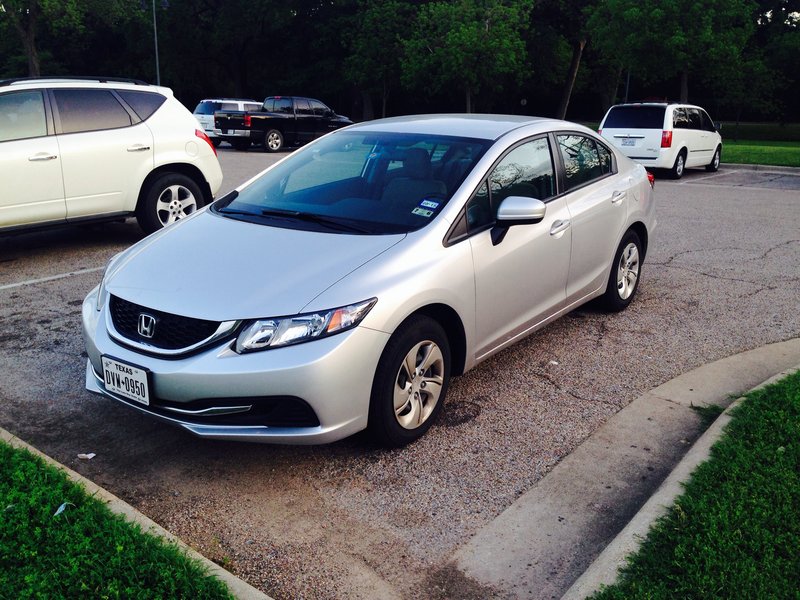 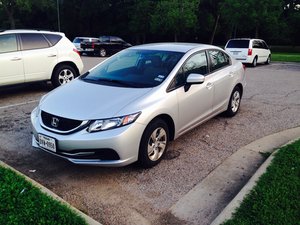 Belt or alternator belt, how many are there?

The 2014 Honda Civic Sedan is a second redesign of 2012 model. It has a four cylinder engine and continuous variable transmission to provide a smooth and efficient ride. The fuel economy is 33 mpg, highway. It has an eco-friendly driving mode that displays the driver’s fuel efficiency behavior through an aesthetic image on the dashboard. There is also a sport mode that empowers drivers to have greater control of the road via two speed gears.

One physical design difference between the 2014 Honda Civic and the 2013 mode are the tires. The 2014 models have larger wheels (EX-L, Si models). The 2014 models also have upgraded seat fabric with a more expansive variety of exterior colors.

One of the predominant new features of the 2014 Honda Civic Sedan is the Lane Watch monitoring system. It is a camera on the right side rear-view mirror that is displayed on the dashboard screen. Other features to the new 2014 model include: key-less entry and push start system, Siri Eyes Free Mode, Bose sound system, Bluetooth technology, and the ability to check Twitter and Facebook updates.