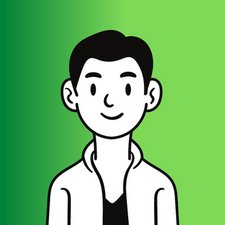 Stuck in a bootloop after battery replacement

Because my iPhone has been used for four years (it was purchased right after the release) it’s battery was getting pretty bad. I decided to replace it, and bought a battery from Mobile Defenders with good ratings. I put it in, finished the repair, and turned the phone on. The phone worked good for a few minutes, but was at a very low battery percentage. I plugged it in, kept using it, and it got stuck in a bootloop. The bootloop wasn’t like most bootloops because it shows the home screen for a few minutes before restarting. We contacted Mobile Defenders and they sent a new battery which fixed nothing…

You have nudged or knocked of the component I have shown. This often happens during a battery replacement if you don’t know the components are there. This circuit supplies the battery info to the charging IC if it is not getting any information it will boot-loop.

Is there any way to fix this?? I tried to be very careful about not damaging it...

And would this even show the home screen when it boots up?? I can use it for a few minutes before it restarts.

@michaelfixphone The component will need to be replaced or re-soldered. Because of its size it will require microsoldering. And yes the phone will boot but when there is no information about the battery it will re-start.

Where is this component placed?? Near the battery connector?

@michaelfixphone The one in the red square.

The battery works as it boots up correctly for a few minutes, and no, the pins are A-OK! Thanks for the reply!