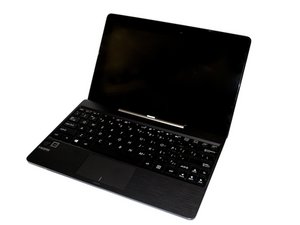 Not powering on after charge

My T100TA has been habing trouble turning on. I popped the lid, unplugged the battery and left it unplugged for a good 45 seconds to a minute. Put it back together and I plugged it in overnight and now its white (leads me to believe the battery is ok). The white power LED still flashes 5 times even though,from what ive read, Ive performed a hardware reset. I will detail what Ive tried.

# Holding the power button down until white led flashes 5 times (camera side led turns on, no other response from device than that)

Also tried all the methods listed above with the power connector plugged in. I also tried them with the battery unplugged before I charged it.

Bad power adapter, battery or screen could be the reasons why the device will not turn on.

Check out how to resolve these situations: Asus Transformer T100 Troubleshooting

In case any further problem, you’d better back up your computer regularly.

I've checked the specifications of the micro usb cable compatibility (its not a 'charge only' cable) and the power adapters rating (5v 2amp) so that should be good.

Im not sure how else to test if the battery is ok other than seeing if a orange/red led is present after charging it overnight.

It could be the screen but I highly doubt it since its been stored safely and there have been no real issues with it prior.

You may just troubleshoot carefully by yourself, or ask some experts to do tests. Wish you good luck!