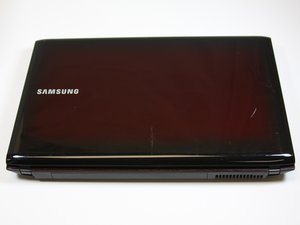 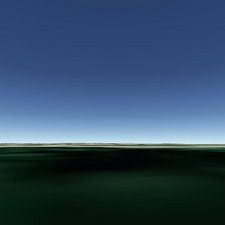 How do I fix or replace the display?

Turn the computer back over onto its base and open the screen.

Remove the small rubber covers over the screws on the front of the bevel of the screen with the utility knife's point. Stick the rubber covers onto the bevel next to the exposed screws to keep track of them.

Remove the six screws from on the screen bevel with the PH-1 Phillips-head screwdriver. Carefully pry the bezel from the screen using your fingers for the removal so that you can access the screen.

Pull the metal screen assembly frame forward slightly away from the rear of the screen case cover. Unscrew the small Phillips-head screws on the side of the screen securing the frame to the LCD screen with the PH-1 screwdriver. Six screws must be removed, three on each side of the screen.

Remove the graphics ribbon connector from the bottom of the rear of the screen. Lift the piece of tape covering the connection area in order to remove the connector completely. Pull the damaged screen from the system.

Screw the screen frame to the sides of the screen using the six screws that you removed, and then tilt the screen back into place in the rear case cover completely.

Replace the bezel over the front edges of the screen, and then replace the six bezel screws to hold the bezel in place. Cover the screws back over with the rubber covers to complete the replacement process.