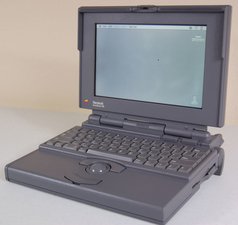 The Macintosh Powerbook 140 was an early Apple Laptop computer. It features a large power cable, battery, trackball instead of a trackpad, was one of the first Apple computers to use an internal floppy disk, and adjustable keyboard height. It was also the first laptop to feature a keyboard toward the back of the computer unit. 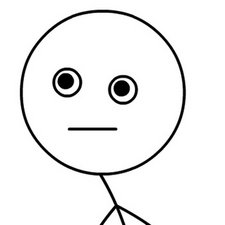 For quite a long time, I have been repairing an old PowerBook 140. The comuter had mnay issues with parts that I have mostly remedied with eBay purchases. However, I am still having trouble getting it to function completely. Whenever I boot up the computer, it gives my a grey screen and nothing else. When I use the reset buttons on the back of the computer, one of two things will happen - the computer beeps, makes a whirring noise (I believe it's the hard drive spinning up), stops, and repeats the entire process again. When this does not happen, the computer makes a poping noise and the screen flashes. This happens quickly, eventually slowing down over time. Also, on other occasions, the computer will be completely unresponsive, but I think this is caused by a poor battery and charger.

I believe the former two booting errors are caused by the hard drive. I may be wrong, but when I booted the computer with a different drive it worked well. I would, however like to use the original hard drive, as it has personal files on it. I attempted to retrieve the hard drive's information with a USB to Hard drive adapter, but was unable to do so with either the orginal or operational hard drive.

So overall I have quite the predicament on my hands.I have tried to be as descriptive with my problem is possible. If anyone knows any potential fixes for this issue or even any idea of what the issue is, I would be very grateful for your assistance.

Well, if that original hard drive is bad you don’t stand a chance of using it. Put the new drive in and install a system from the original installation disk. Now, if you have a running machine, you have a shot at recovering your old files by putting the drive in an external enclosure or using a universal adapter.