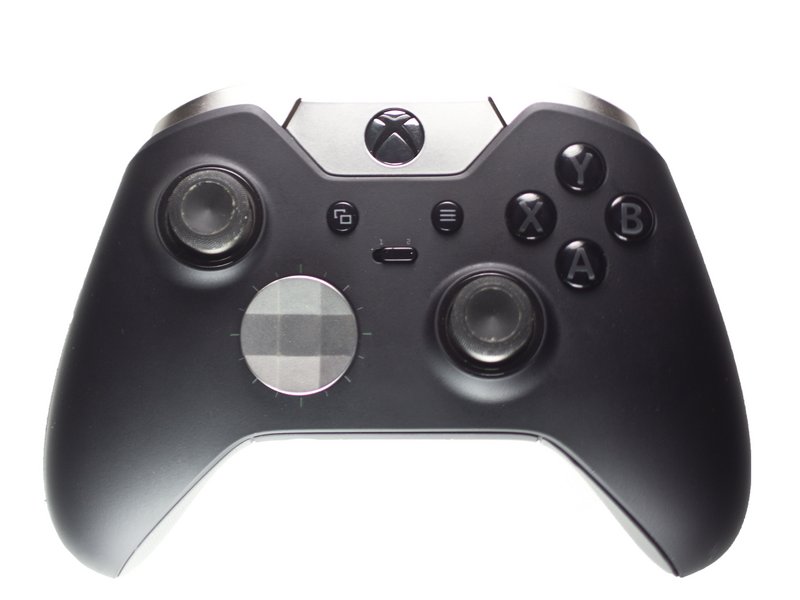 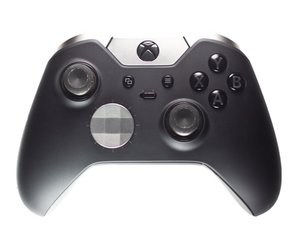 The Xbox One Elite (Model 1698) Wireless Controller is a handheld device produced by Microsoft and used for game control on the Xbox One. Released in October of 2015, it is geared towards professional gamers and allows for many customizable features.

The Buttons Get Stuck

When the controller's buttons are pressed, they remain in the down position after the user has lifted his or her finger off the button.

Residue Is Under the Buttons

The Button Assembly Spring Is Broken

The button assembly requires a spring to bounce back into position. Heavy use associated with the Xbox One Elite (Wireless) Controller may cause the internal assembly to break or malfunction. If the buttons do not spring back after being pressed, then the spring may be damaged. For damaged springs, refer to our Buttons Replacement Guide.

During gameplay, the controller doesn't vibrate when it's supposed to.

The Batteries Are Low

If the controller's batteries are low, then it might not vibrate. Try replacing the batteries using the Battery Replacement Guide.

The Vibration Setting Is Disabled

The Rumble Motors Are Disconnected

The Rumble Motors Are Defective

If none of the previous options have worked, then the controller's rumble motors might be broken or defective. In this case, check out the Rumble Motors Replacement Guide to replace the defective motor(s).

The Back Triggers Don't Work

When the controller's left or right trigger is pressed, it no longer produces the expected action during gameplay.

Dirt Is Under the Trigger

If the trigger does not function properly, there may be dirt under the trigger preventing communication between the trigger and the rest of the controller. Using the Trigger Disassembly Guide, remove the back of the controller to make the malfunctioning trigger more accessible. Then, dip a cotton swab in rubbing alcohol and clean each trigger area thoroughly.

The Trigger Assembly Is Defective

The Screen's Objects Move Without Controller Use

Unintentional movement occurs during gameplay without the user touching the thumbsticks.

Dirt Is Under the Thumbsticks

Dirt or other contaminants may be preventing the thumbsticks from functioning properly. To clean the thumbsticks, first remove them from the controller using the Thumbsticks Replacement Guide. Then, get a can of compressed air and try to blow the sticks out. If this does not work, use a cotton swab dipped in rubbing alcohol to clean residue off the electronic unit underneath the thumbsticks.

The Thumbstick Is Broken

The Controller Will Not Turn On

The controller does not turn on when fully charged.

The Controller Was Disconnected During a Firmware Update

If your controller was disconnected during a firmware upgrade, it will not function until the firmware is recovered. To do this, the controller will need to be updated from scratch. Note: In this condition, the wireless on the controller is nonfunctional. This must be done over USB.

Tip: If you have problems getting the controller to turn on, removing the batteries for 15 minutes before recovery can resolve this issue.

Plug your controller into an Xbox One console or a PC. At this point, the method will vary. It should also be noted one functional controller is required to use a console for controller firmware recovery.

To recover the controller on a console, follow these steps:

If you followed these steps correctly, your controller should be functional again.

The Controller Does Not Function on the Computer

The Controller Drivers Are Not Installed

In Windows 7 and 8.x, the Xbox One Elite controller is known to have problems with automatic driver installation. This issue is well documented and caused by a lack of drivers bundled with the operating system and Windows Update detection problems. Unlike the standard controller, the only option to fix this issue is manually installing the driver through Device Manger.

Note: The Elite controller does not offer a .exe driver package. The driver must be obtained through Microsoft Update Catalog. This also means administrative permissions (or the Administrator password) is required to fix the controller when automatic driver detection fails if you have a Standard or Limited account.

hello, my control restarts in xbox and windows 10 and does not allow me to update firmware any other option?

So my elite controller rb button acts like it is always down but it is up.

My controller turned off while I was playing a few days ago and wouldn't turn back on I let it sit for like 2 hours and came back and it turned on. Was playing today and in the middle of a match it disconnect and now it won't turn back on. I've tried new batteries, USB , hard resetting console. Any ideas?

My elite cotroller disconected while update. My xbox and pc can't see my elite controller even if it's wired. I can't use it now in any way. How can I fix this? I tried everything. I just have to controller for a month now.