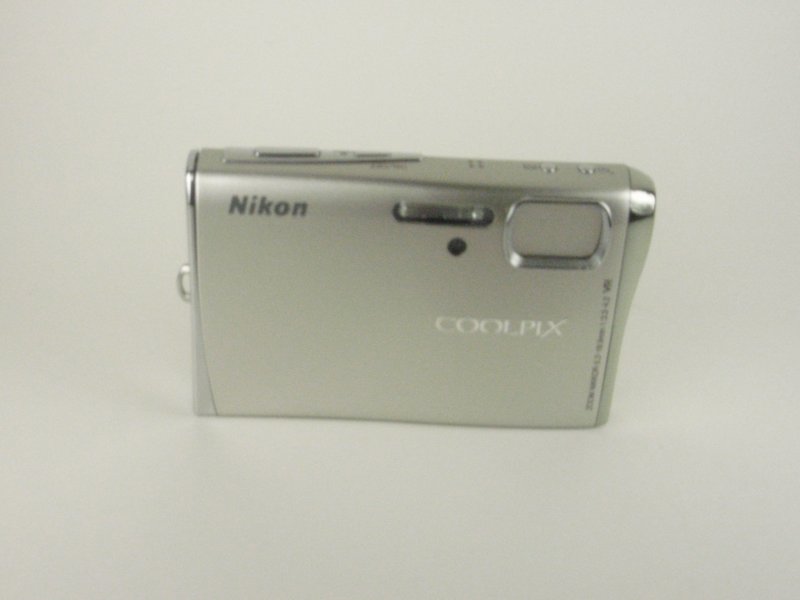 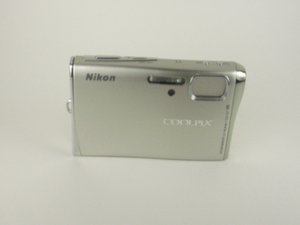 When the camera turns on the LCD indicates a lens error

Replacing the battery or connecting to another power source such as an AC adapter or a USB cable can solve the problem. Make sure the memory card is out of the camera when you attempt to power up the device.

Hold shutter button down while powering on

One possible quick solution to this problem is holding the shutter button down and facing the lens upward while the camera is powering on.

Place camera lens down and power on

Placing the camera lens down and powering on can sometimes realign the pins in the lens extender if the are misaligned.

A gentle tap on the side of the camera with the lens can possibly realign the pins.

Gently pushing or pulling on the lens cover can have the same effect.

Camera Will Not Turn On

First replace the battery in the camera with a fully charged replacement. If the camera still does not turn on try holding the power button.

Try removing the memory card from the camera and then powering it on with charged batteries.

It is possible that it appears nothing is happening because the LCD display is bad and must be replaced.

If nothing else seems to work the problem most likely lies in the logic board.

Camera Does not Focus

When trying to take pictures, the camera does not focus.

The Lens could be defective

The camera does not take photos

The camera cannot take any pictures when the shutter-release button is pushed.

The problem may be linked to an empty or defective battery. To fix this, try replacing the battery.

The flash does not function

When trying to take pictures, the flash does not go off.

A low or poorly functioning battery may be the problem. Replace the battery.

Flash assembly may be malfunctioning

The camera has undergone external harm. Replace the exterior casing.

The camera's LCD monitor doesn't show anything when it is turned on.

If the camera is in sleep mode, slightly pressing the shutter-release button will turn on the display again.

The problem may be linked to an empty or defective battery. To fix this, try replacing the battery.

The USB connection cable is connected

If the USB cable is connected to the computer, the display will turn off on the camera. Unplug the USB cable to reestablish display.

The monitor has been damaged

If the monitor is damaged or broken, you will need to replace the LCD monitor.

a red light is on the screen when the power button is pressed, on auto settings. What could it be?