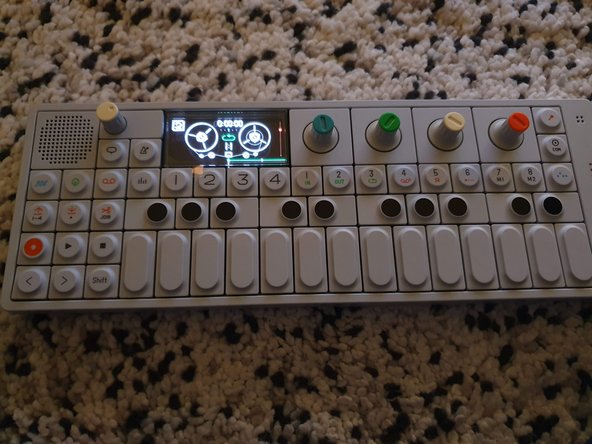 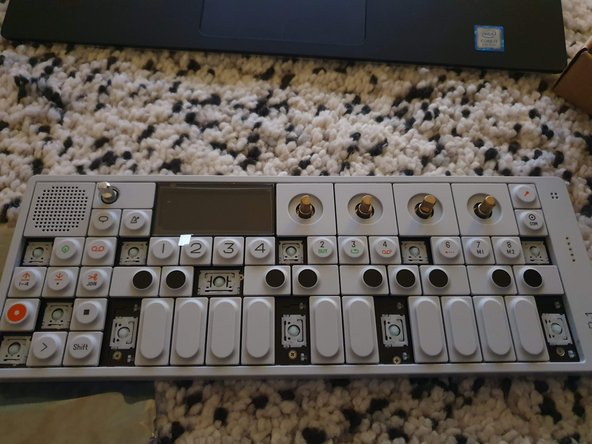 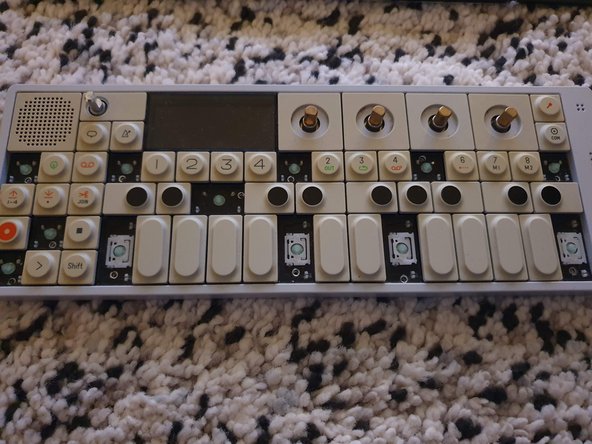 The lowest G key had stopped working reliably. Opening and cleaning out the keyboard and checking connections hadn't helped.

Following the iFixit guide, it was all quite straightforward. The keyboard connectors were a bit fiddly but I was also treating them as more complicated than they actually were. The OP-1's internals are impressively tidy and well organised. Everything works 100% now. The new keyboard and screen cover makes it look like new again and I think the keys feel better too.

It's not difficult with the right tools. Just go slowly and carefully if you want to preserve the old keyboard. Keep the screws and metal pieces from the long keys. Make sure you remove the plastic backing from the new screen cover before closing it. I was left with a little bit of adhesive residue from the inside cover plastic backing which I didn't notice because I removed the front backing last after I closed it all up, but it's in the corners and hardly noticeable. Use the OP-1 diagnostic menu to check all the keys and knobs function when you are finished.