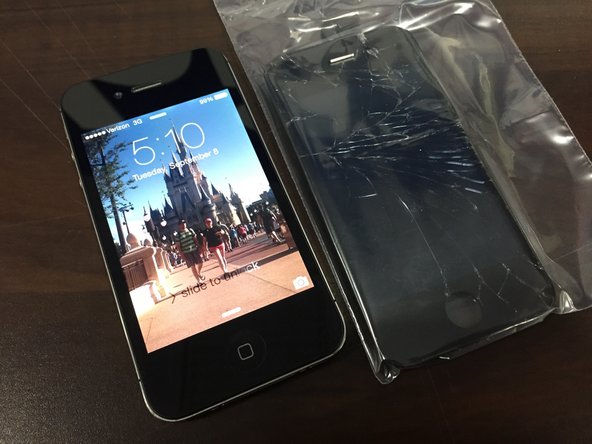 One of the managers at work has a daughter who had unfortunately shattered her iPhone 4. I had already repaired his iPhone 5's screen within the past year, so he knew I was reliable. His daughter is young so I wanted to try to get the part as quickly as I could. That's one of my favorite parts about iFixit.

iPhone 4's and 4S's are some of the most frequent devices I've worked on, just because of when I first started. The repair went just fine, and I was lucky enough to have a very easily removed battery. Almost no effort. Everything went back together fine and everyone is happy.

Advice, I'd say just be patient and keep track of your screws. The magnetic mats are a bit of an investment initial, but if you make repairs regularly, I promise they pay for themselves. Something I've learned on phones and cars alike, when you become frustrated, take a few minutes to walk away. maybe even half an hour; come back calmer, and it always goes better from there. These parts are far too fragile for frustration.