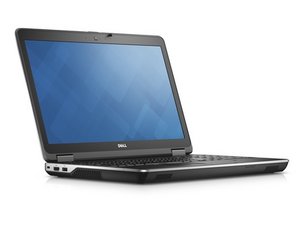 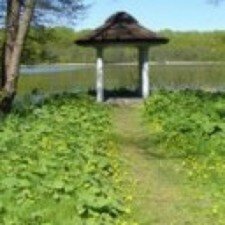 Can I order Power button for latitude 6330?

Can I order Power button for my latitude 6330?

On the E6330, the button is part of the MOTHERBOARD, not palmrest. The 64/65 series has it on the palmrest and on those it’s either more cost efficient to steal it from a rough donor, or replace the entire palmrest. I deleted my previous answer within seconds, since I seen it from a mile away once I looked up the palmrest to get you a DP/N or two. There is no screw footprint on the palmrest that tells me it’s split, otherwise companies like PartsPeople know what I said about cost is true because most people replace the entire thing due to the cost being similar, otherwise there would not only be a screw hole, but also the PCB.

Let’s say hypothetically, this button could be replaced and was not soldered to the board. The issue with button only swaps is literally shipping, and parts cost. I can buy a palmrest for many of these laptops for $15-25 used in descent shape (and shipping tends to be cheap) AND it will have that button. With the power button yes it’s cheap to buy piecemeal, but you end up spending more on shipping then you do on the part, so you end up paying about as much as a palmrest if you just bought the button with “free” shipping (or with shipping paid by you, it’s more to ship then it cost you to buy the part). If you’re dead set on swapping the button rather then whole palmrest, it’s more logical to buy a cosmetically rough palmrest to steal it from (it’s literally 1-2 screws, and takes 5 minutes to remove) if you insist on preserving your old palmrest, and chucking the one you got it from into recycling!

If the unit isn’t turning on and there’s something wrong with the power button, that’s going to require a new motherboard if you tried the other fixes and ruled it out to be related to the power button. Typically with something at this age, the cost to replace the board is so thoroughly offset by the low cost of a entire replacement system w/o HD (just transfer yours over), it makes no sense to replace the motherboard. It’s time to move on due to the cost of the motherboards vs. a replacement computer. If you want to stick to the Dell family, spend the money you would put into the board or a new laptop on a newer computer with an 8th or 9th gen CPU* from Dell Refurbished (their off-lease offshoot), or get one on a site like eBay from a trusted seller if your budget is limited and you cannot buy something newer. On the other hand, if you can get a newer machine that has the Intel 11th gen CPU or equivalent AMD years, get a newer unit from Dell Outlet - at this point, I usually do not recommend Intel 10th gen laptops unless you’re getting a screaming deal on it to avoid being too far behind the curve. These are done for after Windows 10 goes EOL, due to the age of the CPU (and lack of TPM 2.0, which is not firmware upgradeable).
IMPORTANT: If you go to a 9th gen Dell Latitude, just look at the 5000 series. The 3000 series is cheaply built junk. As far as the 14” 7000 series beyond 8th gen, it’s also a hard pass due to the RAM being soldered on 10th gen-present, as well as the wireless card - Dell skipped 9th gen on the 7000 series. The 15” 7000 series retains modular RAM, but a soldered wireless card - a tradeoff I will never make personally, but that’s your cup of tea to sip from if you’re okay with it. These days with Dell, my limits are 5000 series only for the newer Latitudes, and for the Precision I do not touch the XPS derived ones with soldered wireless, or soldered RAM AND wireless.

@jayeff this part is for you. See here for a descent palmrest vs your part why I generally discourage button only:

Your seller wants $14 for buttons but mine wants $12 for a palmrest assembly. In what world does logic say spend the same amount and do double the work? It's one thing if you can steal it from your paid for junk pile but buying it makes no sense.

The E6330 as with most Latitude 6000 series have the power button mounted on the main board. the button you press is actually part of the palm-rest assembly and can be replaced by replacing that part. if you are referring to the actual little brass colored button on the main board, (I have seen them pop off) The only alternative when I serviced those laptops was to replace the main board. I am unaware of anyone reattaching a broken power button to the main board as well as fixing the palm-rest button. That is my two cents worth. Hope you as least find this info helpful in making a decision regarding repairing you laptop.

Yeah, it tends to be the end of the laptop if the button fails just due to sheer age. I'd rather have a newer laptop at that point.