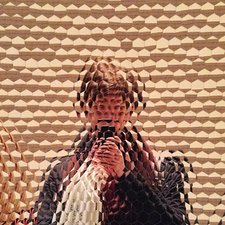 Can USB-C issues be caused by low battery capacity?

Recently out of nowhere my MBP 13” (function keys, 2017, no Apple Care, out of warranty) started acting out in the following combination of ways.

Here is the charging report from CoconutBattery

For back USB-C port:

Is there any chance this issue will be resolved (especially the one about recognizing external display) if I would just replace MBP battery?

Or is this almost definitely characteristic of logic board issue?

I was thinking about taking up a task of buying a replacement kit and replacing the battery myself while in self-isolation due to pandemic, but would not attempt replacing logic board myself.

Thank you in advance for your help!

Let's check the battery & charging logic. Install this gem of an app CoconutBattery. Post a snapshot of the apps main window for us to see with the charger in each port. Aggiungere immagini ad una domanda

@danj Thank you for the suggestion. I just updated the initial question with the screenshots from CoconutBattery.

Sadly, I haven’t seen this problem, so you’ve taught me something new!

Each port has its own power controller which then feeds the logic board its power. So I would say your logic board needs attention.

Thank you Dan! The weirdest part about this is that it appeared out of nowhere, and I'm in general extremely careful with the laptop. That said I do use it for a lot of computationally heavy tasks.

So you think there is little chance that replacing battery will resolve the issue?

The batteries charing logic is on the other side of the USB-C port power controllers, as such it won't explain the difference between the ports.

740 cycles is still less than the expected lifespan of the battery (1,000 cycles). So I would wait awhile before going down that path.

Great, thank you! I'll wait till they reopen Apple Stores and look into full check-up then.

Georgiy I have the same make and issue, did you found a solution?