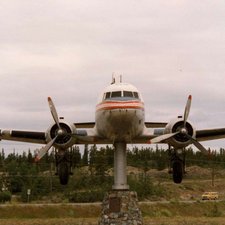 I want to extend the life of useful, easy to repair older Macs but need a modern OS for useful software. What I need to know is how practical installing Linux would be and which distros work best.

Chris: The latest version does not like my ROM but I am able to run 6.1 from the cd. After checking it out for a week or so if all goes well I will do a full install. Thanks to all for your input. Ralph

There is a distrubution of Ubuntu linux for the PowerPC, it is pretty current. I have it as a secondary boot option on my powermac g4, and it runs fine. your tibook will run up to mac os x 10.4.11, natively. so you could download the ubuntu powerpc edition, burn it to a cd, and boot from the disk. but if you want to have two operating systems, ubuntu wont show up under "Startup Disk", you will have to hold the option key while booting, and select Linux, Or Mac OS.

Ubuntu is going to be more polished than Yellow Dog, which I don't think is still under development.

you can also install it to the hard drive instead of running it of the cd, this will make for faster booting, and more featured, ubuntu has a web browser(Firefox), and all kinds of other cool tools, a type of photobooth, and all kinds of tools.

The ubuntu power pc branch is community maintained. If you previous experience with linux, I'd go with Debian, otherwise Ubuntu is a good second choice, and an even better one for a linux newbie.

This has never worked well. I switched to Ubuntu on the Ps3 instead of Yellowdog.

Depending just how old a Mac you want to keep alive, NetBSD is probably a good option. It's been years, but I ran it on a TiBook and found most of the onboard devices to be reasonably well supported.

You won't get a glossy, high-performance graphical desktop from a default NetBSD install -- you'll have to turn to pkgsrc for that. However, I'd generally warn against running anything but OS X on even an old mac if you want a pretty graphical desktop and decent performance; the OS X GUI is *much* lighter weight than KDE or GNOME...

The operating system AND apps all fit in 1gb, MAX. A minimal install gives Firefox and business type apps in under 512Mb With room to store your own files too.

Specifically the Puppy Bruno 2 has been able to run on desktops, and laptops alike. It even ran better (finding the USB Broadband modem) on the Eee PC than PuppEee which was designed for that platform.

It can be run from a CDROM, HD, or USB flash drive. My 8Gb Flash drive with Puppy Bruno 2 has Open Office, qbitorrent, complete 'rescue ware', and a full multimedia suite. almost all music, files, and video formats run natively.

The operating system AND my apps all fit in 1gb, MAX. (leaving 7Gb in a separate partition storage drive)

Such a lean, fast OS can revive even 486 PCs to "Windows" speed.

Oh, yeah; no more viruses means no speed degradation with use ;-)

The latest Puppy Lucid is Ubuntu-based if you're into compatibility with a major Distro.

I run Linux Mint i386 which is an Ubuntu version with all the codecs already installed and Open Office included as my main system.

Imagine loading the OS AND all your primary apps AND drivers in 20 minutes from ONE CDROM - Linux Mint!

New to the scene is Zoring OS, another Ubuntu based system with all the Compiz Fusion (heavy processor burden) eye candy and is LOADED with usability right off the single CDROM. Sweet!

This is the PPC version.

i did try several one , for now the debian 7.11.0 lxde seem to load, it a cd, if i want to load a lubuntu with a DVD-RW it dont load, is this titanium does not take RW?