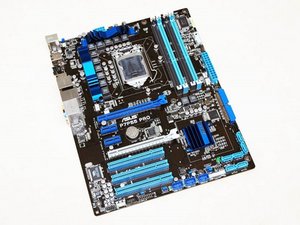 Repair guides and support for motherboards and CPUs. 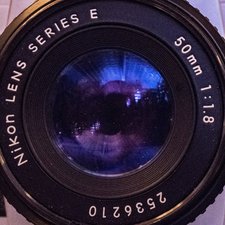 A question about PCIe lanes and how they are divided

Most intel desktop processors have 16 PCIe lanes, which is just enough for an x16 GPU. Obviously, you can't use the GPU without an OS to run on, thus you will need an SSD. So now you have an x4 NVMe SSD. Because the SSD needs to have 4 lanes to operate, does the GPU go down to x8 because it doesn't have enough lanes to operate at x16?

I have noticed that many of intel's desktop chipsets for Sky and KabyLake have anywhere from 6-24 "Max # of PCI Express Lanes" when all of the processors have only 16 lanes. If you put a 16 lane i7-7700 on a Z270 motherboard with a "Max # of PCI Express Lanes" of 24, does the motherboard have its own PCIe lanes that stack on top of the processor's?

@danj I was hoping you could explain this, please.

what motherboard are you looking at?

@captainsnowball I've built several PC's before. I understand them perhaps better than you. I'm not looking for any specific motherboard, I'm looking for a deeper understanding of how PCIe lanes work, which @danj hopefully can provide.

OK! I'll keep an eye on this topic, maybe I can learn something from it.

when a mobo maker talks about having 24 PCIE lanes they are actually referring to HSIO. a HSIO is the same (sort of but not really) to a pcie lane. a mobo connects everything together. so a mobo maker will use 16 for the 16x pcie slot. they'll use 4 for ram. and 4 for all your sata ports, m.2 slots,usb connectivity and ethernet. thats a rough outline and not gospel as all mobo makers can budget the HSIO lanes a CPU has however they want for a particular mobo product.

thats the reason why connecting an M.2 slot ssd can disable one or more sata ports. they are using the same HSIO lanes to the cpu

I believe the processor has dedicated lanes, and the amount of usable lanes depends on the chipset. The z370+z390 have 24 lanes. So if your using a x16 graphics card, you have 8 lanes left, which can accommodate 2 x4 ssd's. I don't believe any motherboard has two x16 slots ( they may have two x16 slots but they can only be used at x 8 simultaneously)

There is no one answer here:

So between the logic board and the CPU and how they work together will set the total number of lanes and then the lanes are distributed to the different slots as well as any dedicated interfaces on the logic board.

Lets work off of a real CPU, chip set & logic board. Review these and focus your questions from these documents.

George, it’s not that cut & dry! Look at this diagram 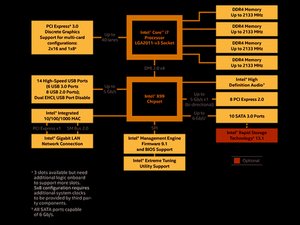 As you can see the CPU’s PCI lanes are dedicated for graphics boards in this design.

Hmm, okay. Your guess is more educated than mine, do you think that the 24 on the "Max # of PCI Express Lanes" means a total of 24, or simply that the chipset does not support any more than 24 lanes coming from the processor? Do macs have the same chipsets as the ones intel makes for motherboard manufacturers, or are they all custom? Also, do Sata and USB and RAM use PCIe lanes?

Okay. I am familiar with all these components, and where what I had in mind.

The motherboard, has two PCIe x16 slots, four PCIe x1 slots, and one x4 slot for an NVMe SSD. That doesn't include USB, SATA, Ethernet.

Do all these devices have to work with only 16 lanes? Or, are you suggesting that the motherboard's lanes really do stack on top of the processor's, for a total of 40 lanes?

I noticed that the Z370 does have a PCH chip, right next to the PCIe slots. I thought that a PCH chip may have been something you would only find in Macs and expensive workstations.

Depending on the generation of the system you'll have a North & South bridge chip or just the combined PCH. Here's a good reference: Intel® 7 Series / C216 Chipset Family Platform Controller Hub (PCH) Review the PCI hub and the I/O sections

Oh, PCH is the abbreviated form of platform controller hub! I know what that is. Alright, thank you. Just one last question, the PCH's lanes plus the processor's do add up together, correct? For a total of 40 PCIe lanes.

I can't answer it that way! How I make bread is not the same way you would!

Different designers will do different things depending on what they are aiming for.

So, is there a way I can check how many PCIe lanes I have left on the chipset?

The GPU is obviously using some lanes? And I’m using 4 lanes for my new M.2 SSD.

Is there a way to check how many I have left because I want to add a capture card later and also another SATA adapter as well to get more SATA ports.

You'll need to review your systems PCH logic to see how many PCIe lanes it supports. You might want to talk to the system or logic board vendor if you built your own system to see what they say. And, lastly look at your BIOS settings it often offers information on whats being used.

The GPU slots use lanes that go directly to the CPU and don't count for PCIe lanes served by the PCH.

Don't forget your system might have a PCIe bridge which then allows additional lanes to be available. But you'll then need to figure out which devices don't need direct access and can then use the bridged connection to off load lanes on the primary PCH.

A answer to your request, is that there seems to be some usage of PCI-e lanes by motherboard manufacturers… which can be assigned better. For example offers the Asrock 990FX Extreme6 2x actual PCIe x16 slots being fully used while the 3rd x16 slot can at max operate @ x8. The onboard M2 slot uses the same resources as the eSata 3 port. I dunno who ever made usage of those ports but it seems to me, that some of those resources are used for unnecessary items. The same seems to apply to the new X570 chipset, where nothing else then a gfx card can be inserted, without having to suffer a downscaling, of the gen 4 x16 slot? That is really ridiculous and at least a bridge chip should be implemented between 2 x16 slots and the motherboard/CPU. Then the other slot would be free to put in high throughput storage cards. Two onboard M2 slots are already fantastic while more then can be freely added, with riser expansion cards. I want gfx cards to run on x16 to be ensured in the first place. Even when there is no software available yet. I want to c things running how they are meant to, without compromising in stuff, that came with the package, that I could not reject. Free architecture, was what the PC concept was all about, if I&I remembered correctly. Otherwise we would all stil use…. Amiga’s? Namasté