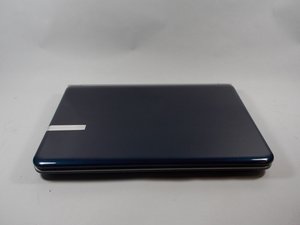 My computer screen is not working at all. Everything is on while the screen stays black.

This is mainly caused by a faulty graphics card. Unfortunately this model laptop as with many other models, has what is called an integrated video card. Meaning your Motherboard and Graphics card are one in the same.

What this means is, you must replace the motherboard to replace the graphics card as they are integrated into one another. The good news is, they are REALLY cheap to buy and you can shop around for even lower prices. Just looking on eBay though you can buy one for: $49.99 as of: 4/10/2017 which is much cheaper than other motherboards.

NOTE: This answer is based on the fact you stated your PC powers up, fans come on, but display remains black. There are other causes however this is where you should start as it is the most common reason.