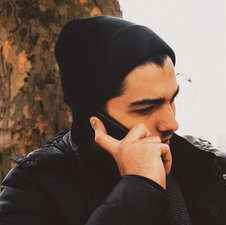 MacBook not recognizing battery, not even in coconutbattery

So here is the problem:

I followed the regular procedure:

After doing so, I installed macOS Sierra and noticed that the battery icon was gone. I tried disconecting the power cord and the laptop shut down.

I looked over the internet, tried the SMC reset, the P-RAM reset, tried disconecting the battery and reconecting, all that to no success.

The laptop was bought in 2013, the battery has 3 years of intense usage, I don't know the cycles or life as the laptop wasn't mine.

In coconutBattery, the battery doesn't show up.

Is this a case of a dead battery only?

Could it be the RAM or SSD causing trouble?

Should I get a new battery to test it out?

I mean, the laptop works great with the power cord conected, nothing fails...

Can you help figure out whats wrong?

I have not been able to get a new battery to test it, but I tried resetting the SMC several times (The light in the charger does not change...);

I did the P RAM reset several times too;

Using a multimeter, is there a way I can check if the pins of the battery connector are receiving power?

I mean, I have been reading a lot about SMC getting fried and I'm praying that's not the scenario here...

I did not see any sparks or whatever like in some people cases... I used a proper plastic pry tool to remove the battery all the times, so i don't think I could have caused any king of short.

Whats bothering me is the coincidence, has anyone ever experienced a battery that dies from being disconnected for a while and then reconnected? It was 89% when I got the laptop before the update. 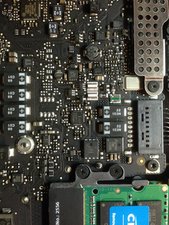 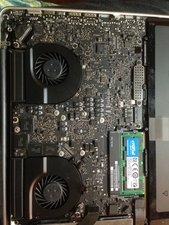 Here are photos of the logic board. If anyone could point me out the components I should check with a multimeter, I would be very grateful.

Did you ever resolve this issue? I'm currently having the exact same problem

That failing zap the PRAM

Shut down your machine. Yes, all the way down, not sleep or logging out.

Press the power button and then press command-option-p-r. ...

Hold those keys down until your Mac reboots again and you here the startup chime.

Let go of the keys and let your Mac reboot normally.

Experienced this problem when I updated to Mojave and this worked! Thank you!

I was really freaking out when the fan spin hard but no power input. I thought something was wrong with hardware which is a big deal.

Following this instruction, I got my Mac back to normal.

You are a life saver. same issue as above. thank you

I had the exact same problem, and an update to Mojave also fixed my problem!

1. If the Macbook turns off straight away when the charger is unplugged, will most likely be the battery.

2. If you unplug the charger and the screen goes off (but the sleep light or fan still spins for a bit before turning off, showing it is running from the battery) it will be either the SDA or SCL resistors, which allow the battery to communicate with the SMC.

Would recommend getting a battery if it is the first situation. If it is the 2nd, try a new battery anyway before looking into the logic board. Visually check the board for liquid damage or burnt components too, especially around the 28 pin IC to the right of the RAM and above the battery connector. 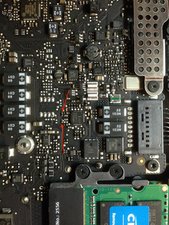 My situation is the second, If I unplug the charger the screen foes off but the sleep light comes up and only after a few seconds it turns completely down.

Is it possible to check the SDA and SCL resistors with a multimeter?

I have looked on the entire logic board and nothing seems busted... No corrosion or burnt components.

The 28 pin seems normal ( I updated the topic with photos.)

Measure the resistance on both resistors with no power going to the Macbook (see picture in my answer for the location). Should be around 2k ohms, if it is significantly different let me know.

Could be the battery, and if these measure fine, would recommend buying a new battery.

I would recommend you start by double checking the battery to logic board connection. Did you damage one of the wires from the battery?

I rechecked the battery to logic board connection more than once, yes. And as far as I can see, no wires were damaged. I have done this process in 6 or 7 different macbooks and nothing went wrong so, I'm just hoping this is a coincidence and a new battery can solve it.

Meanwhile, all answers and opinions are welcome!

Did you ever resolve this? I’m having the same problem! I even tried putting in my old battery and it does the same thing.

was this resolved ? After replacing battery, my macbook does not recognize the battery. However, if I unplug the charger, it still works. when plugged in, the adapter shows amber, other than briefly green at SMC reboot

What value of resistance are we looking at on these two resistors.

I plugged my computer for charging overnight. This morning when I plugged out the wire the displays shut downs quickly and it is not charging. There is no battery information also available in the system information page. Please help me what could be the problem.

I have the same problem. Please help me

I plugged my computer for charging overnight. This morning when I plugged out the wire the displays shut downs quickly and it is not charging. There is no battery information also available in the system information page. Please help me what could be the problem.

most likely your battery is dead and has to be replaced

I have the same problem

All three butteries works normally on first one laptop and no one works on the second one.

Coconut app tells that no batteries is on the second laptop as and side button doesn’t light any led.

SMS was reset (I think so) many times, but no changes.

Arsalan how did you fix your problem? Im having a similar problem