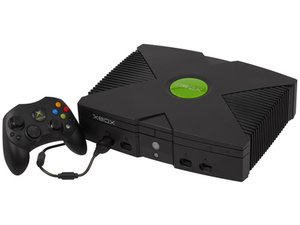 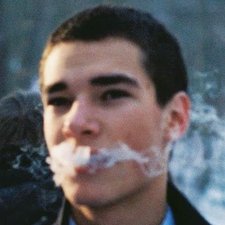 last night i've been playing my classic xbox for like a 30min and turned it off. Everything was working fine. I woke up, turned it on, and immediately I could smell this salty aroma (typical for burning electronics). No flashing red light (its solid green), no errors its working. The problem is the image turns off every couple of seconds and then its back again. And there is this screen flickering lines.

Im using the same power cable that i've been using for my PS3, and not genuine component cable.

Any ideas how to fix it? 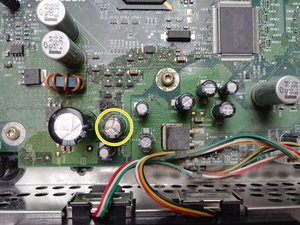 photo of the capacitor 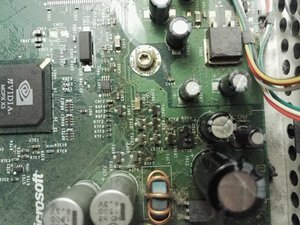 @jayeff @oldturkey03 @gigabit87898 guys, so I did a wee research, and apparently, that particular capacitor is responsible for keeping date and time (and is breaking more often than others). Do you think that replacing it would have any impact on my xbox performance?

@jayeff @gigabit87898 @oldturkey03 All right, so my 99,9% alcohol came in today (yummy) along with soldering iron and I've managed to remove any residue from the capacitor and the capacitor itself. Here are some photos. 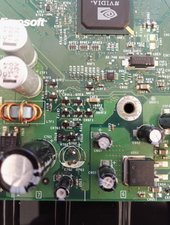 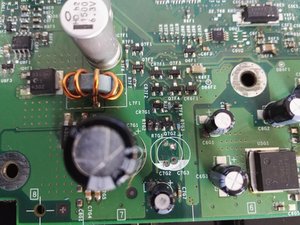 Back of the motherboard (the black thing is behind that fried microchip @jayeff was talking about - i think). 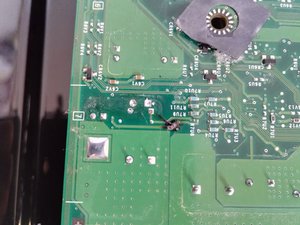 Im still waiting for the capacitor to come in so i can solder it in :)

Hi guys its me again

So yesterday, my xbox was working perfectly fine, but today its all the same: screen going on and off and flickering lines. I double checked that capacitor but it looks like its fine. Any ideas? Or should I just get new xbox :D

@wiitold "turns off every couple of seconds and then its back again" sounds like a caps issue. Open up your xbox and take a look at leaking swollen caps etc. Let us know what you find.

@oldturkey03 I've opened the xbox and I think i found bad cap. there is some grease stuff around it and thats the only one that has this stuff on it. What should I do next? Look for the same spec capacitor and change it? What about the grease stuff - how to remove it?

@wiitold use rubbing alcohol to clean the residue.

@gigabit87898 and change the capacitor? It is 2.5v 1f capacitor, so any capacitor with these specs will be ok?

Yes, you want to start your repair by cleaning the board with some 9+90% isopropyl alcohol, then re-evaluate

Hi, Don't know about the cap it looks ok but the component behind it R7G2 (just top left of yellow circle) looks decidedly unhealthy. It looks fried, also Q7G2 next to it, bit hard to tell as it is obscured by yellow circle. and perhaps the component above it don't know if it is missing or was never there R7F8

Hi, ive uploaded new photo. Do you still think these part are fried? Is it repairable? Is it worth it? :)

do you have a pet? maybe the pet urinatd on it, leading to the salty smell.

i have a pet, altough it has no access to my room :) Still, im not the first owner of that console (bought it couple weeks ago on the carboot sale)

Repairable if you know what the parts are and what values they are, especially Q7G2 - the other two are resistors, then also work out why they failed.

Hi, The 'salty' smell could be from a leaking capacitor. The electrolyte used in capacitors sometimes smells like fish or ammonia.

Don't use the PS3 power cable as that it gives out a different type of energy or voltage. This can cause your Xbox to, heat up or overheat. As well as check of all the cables are in place.

Ummm it's only a cable, no voltage change is being made.