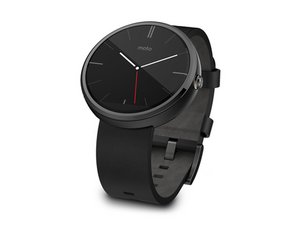 An Android Wear smartwatch released by Motorola on September 5, 2014.

Why is my watch not turning on?

When on charger only shows battery with lightning bolt. Help!

1. It might have happened because of your cord on your charger. I heard that some people had faulty cord, so first check the cord. If so then replace it with the ordinary ones.

2. Press and hold the button for approximately 25 seconds.

I changed the original charger with my samsung charger and now it's charging.

I just brought it new and is not turn on

If the "lightning bolt" appears, the Moto 360 is good. Wait a while after it begins charging, then touch the screen while it is on the charger. A light ring around the border should appear with a percentage of the charge. As the percentage increases, the ring will be growing, until it reaches 100% and shows a complete ring.

If the ring or the percentage doesn't appear or never increases, then the battery isn't hlding the charge.

I brought it new and is not turning on

Hi, my name is Brittany. I also have a moto watch that wouldn't turn on, and what I did was I took the watch apart all the way, uncoupled the battery and took it out for 10-15 minutes and I reassembled the battery, put everything back together, and turned the watch back on by pressing the button on the side. It turned on straight away, and aside from needing a charge(it was at about 55% power), it worked perfectly!

But Brittany how did you take the watch apart?