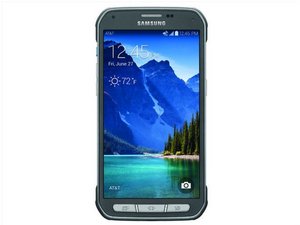 Just checking how to replace the S5 Active's USB port flap. The regular S5 looks pretty easy but the S5 Active doesn't have a screw close to the flap.

Thank you! I've had the cover/flap on by Gorillia tape since i posted up here and hs worked pretty well. The S5 Active covers are ridiculously expensive compared to the regular S5 so I haven't taken it on yet but might soon.

ATT provides free replacement, I know that much

Did they send back to Samsung to fix or there in store? Plus locally the closest AT&T service center is an hour away.

Don't know about the Active. I have an S5 Sport. My port cover flap broke right in the middle. The extension that forms the hinge / retainer stud is a tough but flexible material. It stretches. I grabbed it as close to the little opening as I could with a pair of needle-nose pliers, pulled it slowly, it stretched, I choked up, pulled some more, it stretched, I choked up, pulled some more and it popped right out. I had purchased a replacement cover online, about $10. I was able to press that into the hole using a pair of precision screwdrivers. The whole thing took about 5 minutes. I was afraid the little piece that forms the retaining stud would break off inside the phone. That did not happen to me. If it happens to you, you won't be any worse off than you were before.