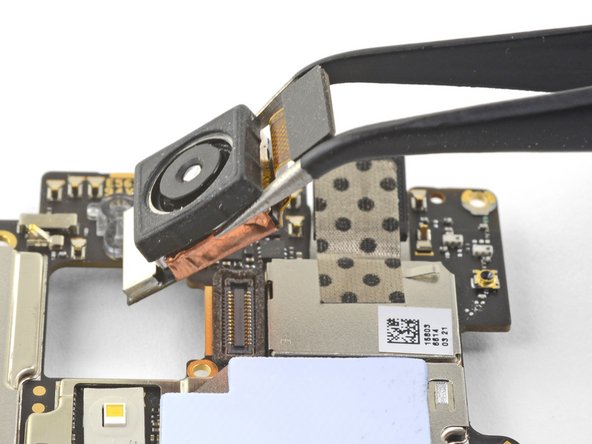 This guide shows how to remove and replace the rear-facing camera for the OnePlus 3.

Due to the phone’s design, you have to loosen/remove the motherboard in order to remove the rear-facing camera. The hardest part of the guide is getting the frame clips of the back cover free.

Some guide images will show the battery already removed from the phone. You do not need to remove the battery for the rear-facing camera procedure.

Take your e-waste to an R2 or e-Stewards certified recycler.

Take your e-waste to an R2 or e-Stewards certified recycler.

Why do I have to take out the MoBo? For me it looks like the camera connector is accessible without removing everything, one less step to swap screws etc...

I haven't done this procedure yet, but it looks like there is a metal tab that protrudes from the top of the camera module that is tucked under the PCB.

Fantastic! Many thanks. That fixed the problem: no more blurry rear camera. For less than 9 €… You’re the boss!!!

It worked pretty well for me, but I had to use a metal 0.3mm Guitar Pick for the very first opening step, as neither the plastic opening tools nor plastic picks worked for me.

@jackhutchinson60: The back cover is taken off first (which has no eletrical connections) and then the motherboard is removed, but it’s all screws and plugs, so no problem there. According to youtube lens cover fixes are cheap and doable as well.