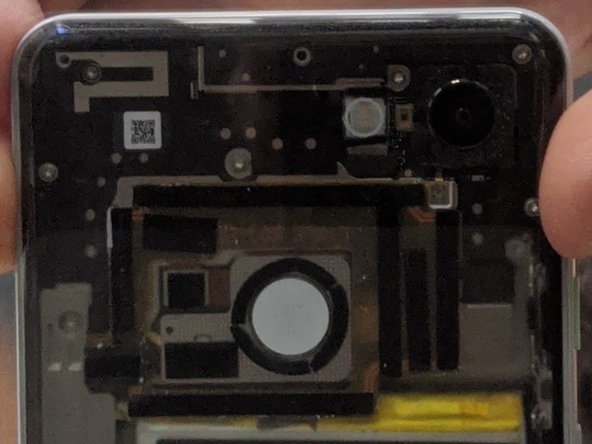 My battery was about 2 years old - got the phone pre-order. The battery was not lasting nearly as long as about 1 year ago, my aim was to replace it. I also ordered a new back cover, assuming I might crack the existing one but instead modified it.

Opening the phone was easy with a hairdryer, only applying heat for 30 seconds, and a few thin strips of plastic as well as guitar picks. Battery came out smoothly and the replacement went in easily, using the pre-cut adhesive card from iFixit. The wireless charger coil was removed from the old battery with some thin strips of plastic and rubbing alcohol and reapplied to the new battery with adhesive strips. Rubbing alcohol worked perfect for removing the remaining OEM glue. The pre-cut adhesive fit perfectly and was easy to apply with some help from tweezers.

I ended up scrapping all of the paint off of the second back panel, making it clear, so I attached the figure print sensor and NFC antenna to the new, clear, back panel and reattached the whole thing in about 3 minutes. I found warming the adhesive a little bit with a hair dryer made for an easier and cleaner back panel reattachment.

It helps to look at the adhesive placement before working on your phone to assure you are 1st hitting the least glued areas, working your way to the heavily attached areas. It is also a very good idea to cover the inside of the camera protective lens and camera itself with a little bit of tape, not touching the actual parts, to prevent dust and contaminates from settling.