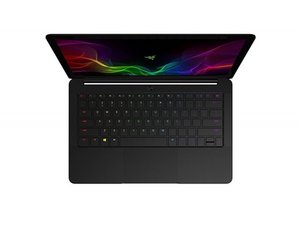 The Razer Blade Stealth is a gaming laptop with a 13.3 inch wide screen. The laptop features 16 GB of RAM and an Intel Core i7 CPU. It comes in Space Grey and Mercury White.

I have a Razer Blade Stealth 2017, and the battery was dead showing 255% when plugged in, and completely shutting down when not plugged in. So I swapped the battery with a new one from Ifixit. After the swap I powered up the laptop with it unplugged, and it worked it said 54% battery so I went to do the battery Calibration as the guide says. I plugged it in and left it to charge for a few hours when I got back it was at 90% but it did not say charging anymore so I decided to unplug it, and let it drain. The laptop then instantly powered down, and wouldn't power back up. I am now in a state where I can use the laptop plugged in but cannot unplug it or it instantly powers off. I am unsure why as I have a brand new battery

Create a battery report to check the battery.

If not you may have a faulty battery

I would have thought for a new battery that it should be higher, but maybe if it wasn't charged for a while before you got it (sitting on shelf in warehouse etc) it may take a few charges to get near to a full charge.

Having said all that it still should be able to run the laptop and not have it shutdown when on the battery only.

Maybe try uninstalling the battery drivers in Device Manager, restarting the laptop and then check.

new battery has a closer full charge vs stated but same issue I charged it until it reached 86% and stopped then I left it there for 3 hours and it didn't charge anymore and now it resets when I unplug. But both batteries worked until being charged and this one I even unplugged on the way up and it worked up until it reached the random stop percentage

Not sure re your model but is there an Intel Management Engine entry listed under Device Manager > System Devices?

If so try uninstalling it (right click the entry > uninstall and follow the prompts) and then restarting the laptop and check.

I've heard that sometimes Intel ME doesn't recognize a new battery correctly and reinstalling it resets it somehow.