So the other day I was using my laptop and mid use the screen would freeze and everything would discolour, and there would be this effect as if the screen was freezing cold (like with snow — of course, not actual snow, just a layer of white light). Afterwards, the screen would return to normal, with a slight unnoticeable flashing effect.

However, today I opened my laptop and found that it’s just not working at all. I can’t tell if it’s the display, a GPU error, or just something from the cold? 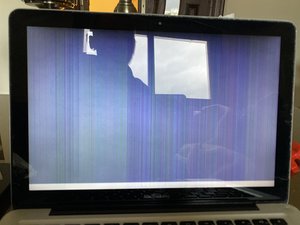 Soon after booting up, it slowly fades to this. 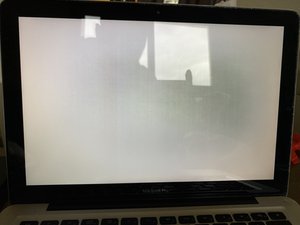 I have a feeling it’s either the GPU or something to do with the cold weather. I’m not sure.

UPDATE: i put it in front of the heat and the screen loaded up properly, but the moment I pulled it away, it started to freeze white like I mentioned earlier. It’s working fine at the moment, but I have no idea why it’s so sensitive to the cold (the weather here is like 8°C)

Does the laptop display correctly when connecting it to an external display?

@andrewsawesome i don’t know, i don’t have a cord on me nor do i know if i can get my hands on one, but it’s working fine after i gave it some heat. for some reason it’s sensitive to the cold? i’ll see if i can try getting my hands on a cord to see what the issue is if it goes white again.

you’ll want to hook it up to an external display and see if the issues persist. If they don’t, it’s a screen issue. If they do, likely it would be a GPU issue.

yeah, i don’t have a thunderbolt cord atm nor will i be able to get my hands on one, but the screen seems to be working fine now after i gave the laptop some heat. i’m just shocked that it’s so sensitive. if it goes white again, i’ll see if i can try getting my hands a thunderbolt cord, so that i can see if it’s the GPU or not.