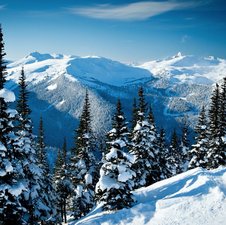 MacBook does not boot and kernel panics. FIX?

I have a 2010 13” 2,4ghz MacBook Pro. The computer does not boot and would kernel panics usually. Here is every OS I tried

Yosemite On Internal Drive : Boots halfway crashes and has shows some error log text and has a “NO” sign a few seconds later (occasionally kernel panics)

This computer seems to be very tempermental. I gave up and came to the answers community instead. I also tried to reset the PRAM and Option+D and Cmd+R. I don’t know about the logic board. I took the computer apart and I didn’t see any problems. And also the fans run at full speed for some reason, Just a side note. And also I am not using AASP’s. I have already wasted enough time there. Thanks guys!

I tried yosemite on an USB and now it will only go 20% in the apple logo progress bar and it will just stay like that forever and doesn’t go any further.

After trying Snow Leopard, the internal drive doesn’t work. I think it’s the SATA cable, but I am not going to fix it until i can get the computer into an operating system. The computer also doesn’t accept : Option+D and Command+R for some reason.

The laptop did boot into every version of macOS using safe mode, but only El Capitan/Lion works using normal mode, but it is EXTREMELY laggy and unusable? Can I still revive this motherboard?

And also the battery doesn’t work, just another side note

thanks, but no it didn't work

@rs1020 - At this point Its time to try a fresh drive, you'll need a fixed speed SATA II (3.0 Gb/s) drive which are now getting hard to find or you'll need to get a auto sense drive like the Samsung 870 EVO note the interface line lists 3.0 Gb/s (SATA II) make sure what ever drive you get lists your systems speed, if it doesn't it won't work properly in your system.

@rs1020 - Happy to hear the issue was the drive! Don't forget to score and accept the answer - Thanks!