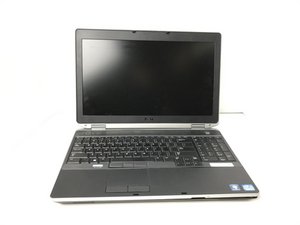 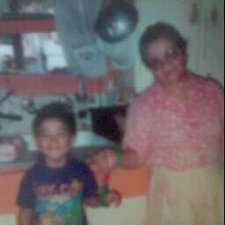 Can I swap motherboards with the E6540 model or

If you want a 6540 (assuming you own an SSD) you're better off buying one that's been tested without a hard drive and transferring your drive, and the system ownership. The odds of this working are extremely low with your 6530 chassis. IN ADDITION TO THAT, the 6440/6540 use 2 DIFFERENT SCREENS (LVDS/iDP), WHICH IS BASED ON THE RESOLUTION REGARDLESS OF THE GPU SETUP (Radeon+Intel HD or Intel HD) (768p=usually LVDS, some iDP/900p=LVDS (do not buy!)/FHD (1080p)=iDP). Your LCD options are based on the system board!

Ex: My Intel HD 4600 6440 has the LVDS board, so I can use LVDS 768p panels, or 900p with a new cable only. IMPORTANT: if you buy a 6540 8790M variant, apply good thermal paste to the GPU and quality thermal pads on the GPU VRAM, and clean the fan and heatsink well. They're somewhat more prone to failure if poorly maintained compared to IGP models, although it is not a guaranteed fix. I took care of mine and it still failed.

I do sort of blame Dell for this mess, as much as I like the notebooks because this issue makes parts sourcing a little more difficult as I need to open the computer for verification, and know prior so I can guesstimate prices . For beginners, it means potentially blowing the board if you assume - you HAVE to check!

Back in these days, iDP was relatively new to “common” models like the 6440/6540, so the early units are all over the place to the point a few models were built with BPD being a “feature”. Later units from ~2015 or so are all iDP as it’s likely the LVDS parts Dell used went EOL and they held onto stock left for warranty. I still check to be sure, but I’ve always found they’re iDP. For HD 4600 (IGP) units, you cannot assume since it’s a 50/50 chance. I believe most of the iDP HD 4600 units are corporate purchases with some being late production consumer purchases, since most consumer/SMB purchased ones come with the GPU or the FHD LCD.

For the 6530 GPU upgrade it may be possible but it will likely cost as much as a 6530 that way or not much cheaper then a used 6540. In addition the heatsink needs to be replaced.

Thank you I appreciate the information

@sgtlope No cam usually means ex gov't or paranoid company scrap. Which probably explains the CPU and screen choice on my LVDS i7 E7440. Never seen that anywhere else.

Seeing as I don't have a school teacher being nasty about it I have a choice and while I wasn't happy it wasn't a good panel for the machine, I know how to repair these.