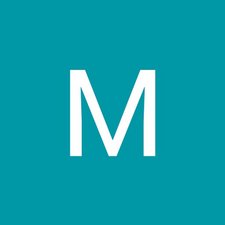 Is it possible to upgrade the motherboard/CPU/RAM?

I have had this iMac for about 5 years at this point and I would like to upgrade it as it is getting slow. Apparently it is very difficult to upgrade, thus I want to ask, is it possible at all to upgrade the CPU, logic board or RAM on this computer and is it worth the effort?

Sorry Apple sometimes makes orphan systems ones which are the only one in a series. Intel is the root issue here as they brought out a few odd ball CPU’s as they needed something to fill the void of not offering the 10 nm chips they were expected to deliver!

So here is the different series Apple intro’d around that time:

Note the Family ID (last value in the description) is different between each. You can’t swap out the CPU’s as each one uses a different micro code (Haswell Vs Broadwell) which is held in the EFI (that’s typical for Apple). Replacing the logic board would be the only option but again Apple makes it hard! There are differences with the display connections between the (iMac16,1 Vs iMac16,2)

Thanks for the info

@Mark - Don't forget to score the answer and accept it - Sorry I couldn't offer you something better.