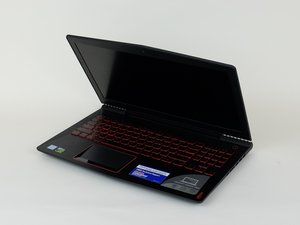 An i7 gaming laptop released in September 2017. Created to fight heat and keep air flowing with thermal engineering systems.

Three keys on my keyboard start acting strange when I play games. Why

I was playing a game three days ago and suddenly my S,X,Z started lagging and then stopped working. After closing the game and restarting my computer they were okay.

Everything works nice until I start a game and play for around 10 minutes, then my S key starts lagging to a point where it stops working aswell as X,Z. When this starts happening I have tested several things that occur:

The thing thats stopping me from buying a new keyboard is that it costs like 100 pounds and if I'm not playing games the three keys are working perfectly fine. I think that if it was a keyboard issue the keys wouldn’t work at all.

Does anyone have an idea where the issue might be coming from? The game I played when it happened was Valorant.

PS: I've reinstalled windows & reseated the RAM, but it didn't fix the issue.

It sounds like those keys may have been exposed to something sticky in the mechanism. It also could be a problem with the driver for the keyboard. Have you checked that it has the most recent driver installed?

Yes, I reinstalled windows and got the newest driver. The most strange thing is that I get this problem in games. After I stop playing it somehow tunes itself.