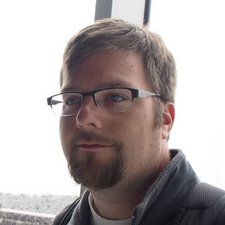 Is this what a damaged FL11 looks like on a iPhone SE?

I haven’t had much luck finding a clear image of what a healthy iPhone SE FL 11 looks like. I assume that I am looking at just the pads, and that my “x40 photo 1” shows one of the transistors that popped off. :( 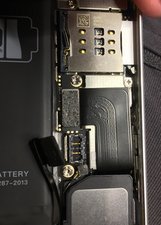 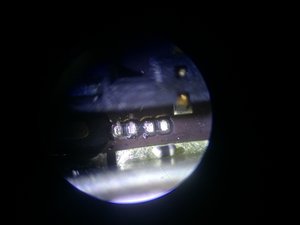 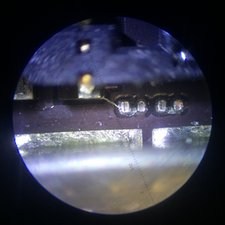 You are probably missing FL11, aka FL2400 in the SE —and definitely missing two of the caps. The picture is clear for the two caps, and less clear at FL2400.

If the symptoms that this phone are having are a match for missing gas gauge filter, then you know that FL2400 is not on the board.

With a charged battery phone will reboot every 3 minutes

3utools software does not “see” the battery percentage in battery details.

With a dead battery, the low battery “plug me in” logic will not engage, the phone will try to boot instead and show apple logo then loop.

usb ammeter will show low charging current, less than 0.5A

If those are the symptoms, then yes—-send this phone out for SE “little peckers replacement”

I see that you contacted me on iPad Rehab Microsoldering website, but I’m answering here to help anyone else with a similar problem in the future figure out if they have a little pecker problem ;0

Hi Jessa, where find this componants in Europe ?

If my phone were exhibiting the symptoms you described, that is then most likely a problem I caused with the board/connectors, and not the battery? I recently installed a battery (and did some other repairs) to an abused phone. repairs were successful until after opening the phone one last time it would no longer hold a charge/recharge to the point that it cannot even boot up. The battery is most likely ok to save for another phone?

Hays Clark no transistors at all. There are 3 capacitors and one coil (Ferrite Bead) 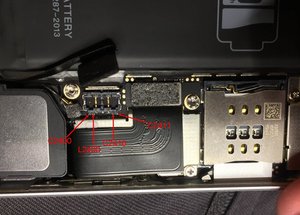 Yes, looks like all you have are the solder pads.

A 01005 Ferrite bead is essentially a speck of dust if it's laying around on your desk or bench. On your board, it would just look like a dark gray rectangular package measuring ~0.01 inch by 0.005 inch.

Yes, the photo shows empty pads where at least two of the four components were pried off the board. I can see at least one of these parts sitting nearby. You must remove these loose, damaged components and solder new parts on the board. Loose parts can bounce around inside your phone and cause more damage.