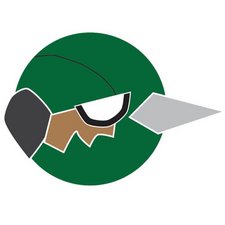 Blue light, nothing else

Back in April, I made the unfortunate discovery that my New Nintendo 3DS XL’s top screen had cracked in my backpack. There was a bit of frustration ensued (mainly just slamming the system shut). When I tried to turn it on later that day, it wouldn’t completely boot. Only the blue light would turn on (and the charging light if I plugged it in). The screens would both remain unlit, as well as the wireless communications light. I initially dismissed this as my 3DS being stupid and something I would easily be able to fix and/or wait out. Days and weeks passed, there’s no new developments. I removed the MicroSD card, the game card, and the battery, and still the problem would not resolve. Since then, I’ve gotten a New 2DS XL, but I would like to hopefully bring this back from the dead if it’s possible.

I called Nintendo earlier to see if they could identify the problem. I only got to the first level technician, in which she wasn’t able to provide an answer, but she did inform me that my system was ineligible for repair…meaning that I can’t send it in to them even if I wanted to. I’m giving some thought to moving my way up through the customer support system to see if I can at least get theories as to what the problem could be and going from there.

So, basically….here’s a brief summary plus a bit of additional info

-Cracked top screen (which I slammed the system shut upon discovery)

-Only a solid blue light would turn on, indicating that it is indeed on (charging would turn on if I plugged it in)

-Screens would not light up

-Nintendo refuses to fix it even if I wanted them to. I haven’t yet found out from them possible theories as to what the problem is.

-Occurred in April, no improvement since.

-I tried removing and placing battery back in, turning on system without the MicroSD card, and the game card. I also gently blew dust out of the game card slot, and cleaned it with a swab and isopropyl alcohol. No change.

So…yeah. If you guys have any theories or additional questions, pleeeease let me know. I’m in no huge rush. The main reason why I would want to try to bring this back was so I can put CFW stuff on it since it’s not really my main system anymore.

As far as I know this is normal behaviour on these consoles. When one of the displays breaks, they stop booting up, the only solution is replacing the faulty screen.

You can use this teardown guide to get to the upper LCD. Upper LCDs are not very expensive and you can get them on Amazon (here). The biggest issue however is the fact that it's quite tricky to install it, since there is a high chance of damaging the ribbon cable when putting the console back together, but if you are careful you shoud be able able to get this done.