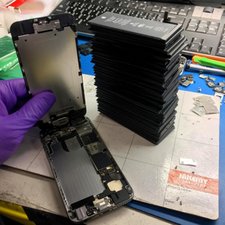 I already found the fix.

I tried this method after I took off the replacement screen and put the broken original screen back on. The original broken screen gave me the same exact issues as the replacement.

Thats the exact steps I used on getting my Apple Watch Series 1 to stop freezing on the Apple Logo.

Late post but the other issue could be a defective screen.

If you put the new screen and wait 5 minutes and it still doesn't boot--try the old screen. If the old screen boots before 5 minutes then there's no need to diagnose further. It's a screen issue.