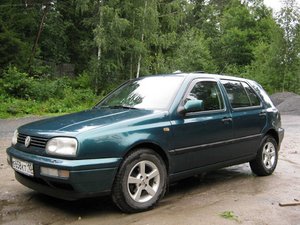 I have electric problems with my 1993 vw make 3, 1.8L electric carburetor, It starts up fine but on the exhaust cat back is filled with black smoke it won't communicate with VCD diagnostics am sure is burning unusual fuel, the reading from the 02 sensor is 0.51v,

The car fires and vibrants with huge black smoke like it's misfiring when raised to 6000 rms without gear engaged.

When the car engaged into gear it moves slogish like it holds back the torque release it and jeck it doesn't really move smart but slogish, I press down the throttle but it doesn't seem to deliver the quantity of fuel that is supposed to be vented into the inlet manifold to allow the car moves smarter and better.

I need more knowledge for better understanding and operation of electric carburetor along side with how it's been controlled and giving signals from ecu.

@blusher email me if you need the manual for this. My address is in my about page. just click my Avatar

My timing isn't correct but my sprucket and crankshaft are both intact.

@blusher you've got a lot going on here. What you refer to as an electric carb is a fuel injection system. It does sound like your Golf get's to much fuel and/or not enough air. What you want to do is to first check and change all your spark plugs. After that remove the airfilter and see if that is clogged. Check all the vacuum lines on your engine and replace those that are brittle and broken. You could have issues with stuck or failed fuel injectors as well as multiple other things. For now start with the easy stuff first then go to complicated stuff.

There was a service bulletin which describes the same issues that you are describing. check this as well. 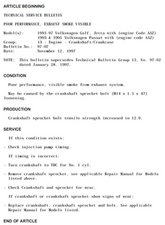