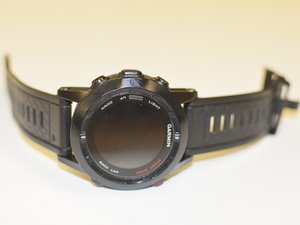 I would like to inform you of the following:

On March 06, 2015 I bought a fenix2 device. For the next two years I was using it in its basic operation functions without any problems. For my sporting activities I was using the forerunner 210 which I bought two years later.

The guarantee of my fenix expired on March 2017.

On April the device with the touch of any key few times died, although it was fully charged. Even if I reverted it to the factory settings the problem continued to exist.

On June I delivered the device for technical control to the official store of Garmin in my country. The official telephone answer of the technical support was the following :<< Υour device has a battery problem. The battery on fenix2 does not change so you have two choices:

2. You pay 199€ to upgrade your device with a new fenix3 as part of the company upgrading program. >>

The official view of Garmin Greece was the following: You bought two years before a fenix2 in a value of 312€. Bad luck. The battery is defective. So you have to pay extra 148€ to bring you a new one because the ‘’old’’ is off....

So I ordered the battery from ebay (PD3555 3.7V) to repair it, based on your procedures.

I had never used my fenix underwater. The existed rubber gasket seems ok. Do you think that it could be better to buy a new one ? Where can I find it?﻿