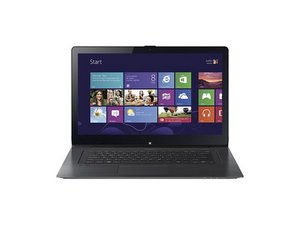 Fan connector on MB pulled off 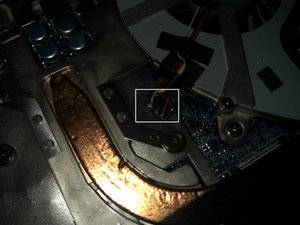 Hi guys. Really hope someone will be able to help me here! My fan was loud, so I bought a new one. Taking the connector off the MB, the pins fell off......

So I thought I would solder the fan directly on the MB. There are 4 "silver" soldering points on the MB, and I have 3 wires. Red 12V, black ground. These two wires works fine, and are connected correctly with soldering.

The problem is the yellow PCM fan. 1 of the 4 silver soldering points, got pulled off along with the connector. That dot was of course the PCM dot. The fourth unused dot remains intact, along with 12V and ground. This means that my solder won't stick.

So I put a big amount of solder on the unused dot, so big that it reached the PCM dot, and then soldered the wire to it, hoping for the best.

The fan does work somewhat. When my computer get's hot it takes some time before the fan starts. When using it in normal use, the fan goes from not spinning, to being very loud, and then completely shuts off, once the computer is cooled off. (Normally the fan would slowly slow down, until it would stop. In this case it directly turns off).

I think 65 is a bit low for the computer to already turn off? Normally they are rated at max 95-105 degrees for CPU's?

Anyways, is there any way I can fix the PCM dot? Making it able to attract solder again? I think when the pins got pulled off, it took the copper with it, and it's the PCB that is now exposed. (It's a dark brown color)

Or are there other solutions I didn't think of?

Ps. My girlfriend can run Prime95, and is at a stable 71 degrees. Her fan runs very low, and you can't really hear it. Is my computer over sensitive? At 60 it's like a jet engine, and 65 it turns off.