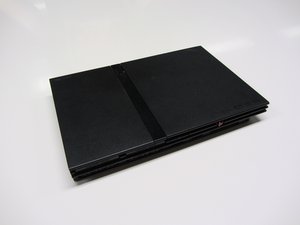 How can I troubleshoot issues with my device?

So, I pulled my PS2 slim out after a number of years to replay through Kingdom Hearts and found that it wouldn't read my discs. I tried the trick with the door sensors which didn't work and ultimately took it to a professional who told me that I needed to replace the laser lens unit.

I ordered the part, soldered the little bit that protected it in transit, installed it and it worked perfectly. My dad and my mom's cats conspired to ruin it. He set it on the entertainment center still plugged into the cords and left them hanging where the cats inevitably played with them and pulled it off the credenza. It fell like 2 feet onto carpet. It will turn on fine and go to the browser screen but it won't read discs or spin at all. Even after manually engaging both disc sensors.

Can anyone tell me what the heck they broke and how to fix it? Or how to troubleshoot what's wrong with it?