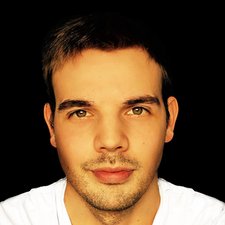 I have a water damaged iPhone 4S that works when I put a battery with charge in. However, when plugging into a power source; wall or PC, it does not charge, it shows the charging symbol, and iTunes can detect the phone, but the charge percentage doesn't rise, it only goes down. I have transplanted the board into a new chassis, to rule out dock connector, and used a known working battery, and it still doesn't charge. It has been a while since it was damaged, and I will try cleaning it today with some iso. If that fails, can anyone help me identify components of the charging circuit to be tested?

I have also noticed that when the battery is disconnected, and plugged into a power source, the phone does not try to boot when trying to turn on. However when I try this with another 4S, it actually gets to the Apple logo before restarting.

3)power off the phone (with charger connected)

4)wait half an hour

Now, did the percentage rise, or stay the same ?

Battery percentage did not go up. I have tried cleaning the board too with isopropyl. I'm running the latest iOS if that helps.

It's the charging coil. Replace it.

I realized after posting this might seem a bit abrupt. I've had this a half dozen times before with water damaged iPhone 4S's and it's always the charging coil.

I'm in the middle of some stuff though so I can't go into too much detail. If you google iPhone 4S charging coil repair or somesuch you'll find pics of the coil (under a shield) and lots of info about the repair. I think the Asian repairers call it "4S fake charging" what with the translation. So that's another google term.

iphone 4S cant boot without a battery i believe. it might be possible that a circuit is damaged that provides charge to the battery.

No it cant boot, but the my other 4S at least displays the Apple logo and tries to boot, whereas this one does absolutely nothing. I think a circuit has been damaged, I would like to try and repair it though.

ok go and see what part is damaged

Does anyone know which components need to be tested?