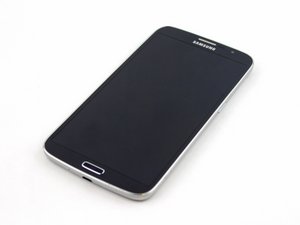 I recently installed my replacement LCD digitizer for my Samsung Mega. Upon installing it the first time, the screen came on and I could see everything but would not respond to touch. I removed the back and the flex cables and reconnected them, now when I turn the phone on the screen is black but I can hear the phone turning on. Could you possibly tell me what may be wrong?

Thank you for the advice, I will contact the person I purchased it form.

Its possible the connector is not seated all the way and is causing your issue, Check that first.

If that does not solve your problem, its possible that screen has accidentally been damaged. I would test the device with another known working screen, if it works, then yeah the display is bad. If it does not work and its a known working display your testing it with. Then its the motherboard of the device that is not outputting a display and not the screen itself.

But like I said, its possible the new screen went bad. They can be easily damaged during the install process. Also by bending one of the cables to much could have caused damage.

Hope this helps in solving your issue.

I agree with Josh This has helped me in the past.