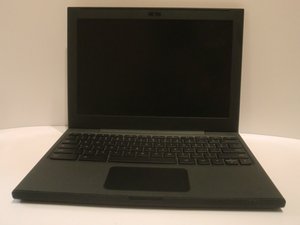 Why has my laptop been performing slowly?

Yesterday, I was browsing the web and performing daily tasks on my laptop.I noticed in both occasions of normal use my laptop was not running as smoothly as it used to.

The payload on your Chrome Book is what is causing it to stagger. How much RAM is being used and why? That would be where I'd start.

On my own tablet, documents with Google Drive - offline mode kills your battery and lags the heck out of the device because of constant syncing. On my tablet I also killed extensions except uBlock and Signal encrypted messaging.

Browser extensions and aps for and from Google lately - and at the moment - are malware writers holy grail. Lots of slack ap developers (skript kittens) not knowing what they are really doing and that sets up a hacker, malware author, or code sniffing to inject and resubmit the aps as their own renaming it.

Whatever you don't really need on your laptop - uninstall. And of course reboot at least once every two days.

Android Device - never run a defrag program. Flash memory and the lifespan is unpredictable in the long run because there are only so many writes it will take before having to replace. There is also no need to defrag hardware that doesn't move. Linux developers have already taken this into consideration. ( this is only of course if you have flash drives)

Also, adult web content - when I used to fix computers - number 1 problem for laaaaaaaaaaggggging boxes and devices. Not saying you are into that but anything affiliated with the adult world and application installs is bad news.

Your laptop could be slow for numerous reasons, even torrent downloading and sharing running in the back ground.

Chances are processes need to be killed off, to much ram is being eaten up and you need a reboot.

Sir, this is a Chromebook, which doesn't support that kind of software.