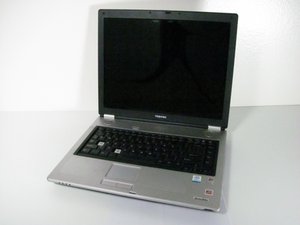 Took my computer to have all the files backed up for new computer. When I picked it up I was told the video card was going out as the screen was going red...it then went totally black...is this the video card and can it be fixed or replaced?

J Jurischk, attach an external monitor to your computer. If that works okay you will know that your video is okay and that the error is your LCD. If it is the video card, you can not fix it since it is part of the chipset on the logic board. Hope this helps, good luck.

As Oldturkey says....the video "card" on a laptop is built into the motherboard, it's a big IC soldered direct to the board. If the video system fails, you need a new motherboard. A rare few laptops have separate video cards, high-end machines such as Dell's XPS line. But, given the age of this system it's probably not worth repairing unless you can find a known-good motherboard and do it yourself.

When laptop video starts showing those color symptoms, you need to know if it's happening during boot or only after Windows loads. If it's only after Windows is launched, might be a driver or other Windows problem. If the colors are there during the BIOS screen and POST, or when you boot to some CD/DVD such as the Windows install disk, then the hardware has a problem, and this is a major problem.

Attaching an external monitor before booting will help....if the external monitor looks ok then you have either....a bad cable between the motherboard and LCD, a bad LCD, or a loose connection in that cable.