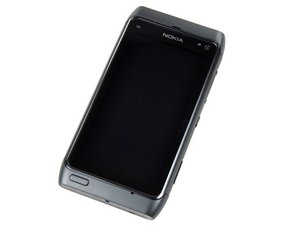 The Nokia N8 is the first device to run on the Symbian^3 mobile operating system and Nokia's flagship device of 2010.

Why my nokia n8 earphone jack not working

ramaraju, check the jack and the flex cable. It is mounted with a flex cable to the main board. Take a look at the image attached. The jack is available at places like this. The flex cable is harder to find. The jack is soldered to it. If you can not find the flex, you may have to bridge the wires to see if you get sound that way. Since there is no guide yet, use the teardown as a general idea of how to work on your N8. Hope this helps, good luck. 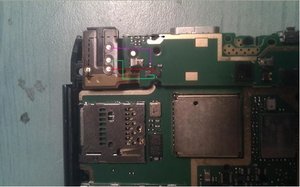 Thanks for the jumper supply

is not precise enough but a common issue seems to be the small headphone icon is no more displayed when connecting a headphone. This may happens for 2 reasons:

- Some male jacks does not respects dimensional specifications and are not properly recognised. Either N8 says "Device not supported" or nothing happens. Try with another headphone.

- Some users reports the earphones are not recognised following a chock. User should remember their N8 felt on the ground.

The female connector on the printed board is not the root cause, neither is the small flat cable. It seems there is a sensitivity on the main board (or "G fuse" set for purpose) that locks the feature. I checked on a device having the problem and all points described below were ok.

The phone detects a headphone via 2 informations.

1) The female connector on the N8 features a switch that activates circuitry only if a jack is introduced. This saves power. Introduction of a dummy jack in plastic activates the switch that power-on the circuitry (i.e. the microphone input receives 2.4v) but a headphone is not detected by the N8.

2) Actual identification of the type of headphone is based on resistance between ground and microphone input:

Using a 3 poles standard jack cable we can check that: Introducing the jack, it short-circuits ground and microphone tip and the small headphone icon is displayed.

Using a 4 poles jack allows to check the voltage on the microphone tip.